How to Drink Less and Still Have Fun

If you’re like most people, your brain loves it when you drink—and it shows you its appreciation by rewarding you for it. A few sips of the right stuff and you feel funnier, smarter, more confident, and certainly more attractive to the opposite sex—even if not all of this stands up to later, sober scrutiny. Your body, however, was never consulted on the deal, which may be why it makes you feel absolutely lousy the day after a night on the tiles.

Down through millennia, drinkers have sought to thread that brain-body needle, drinking just enough to have fun but not so much as to be miserable in the morning, and there have been no shortage of strategies: take a glass of water between each drink; hold it to one drink per hour. Now, a study in the International Journal of Drug Policy, conducted by researchers at Iowa State and Cornell Universities, takes a new look at the cues and conditions that cause people to drink too much and, more important, suggests ways to avoid them.

For all its cultivated rep, it’s wine that can cause drinkers the most headaches—literally and otherwise—because in many situations it’s hard to gauge how much you’re consuming. Beer is typically served in bottles or cans, which are easy enough to keep track of. And liquor is often poured and mixed by the shot—one of the few units of measure that enjoys diplomatic recognition in both the imperial and metric scales. But wine? That comes in wide glasses and narrow glasses, stemless glasses and flutes; often as not you free-pour it—about the least precise method of portion control imaginable—and while wine frequently accompanies a meal, it’s just as often simply walk-and-talk party fuel.

To study what makes drinkers free-pour too freely, the investigators recruited 73 student volunteers (“all of legal drinking age,” the study stressed) and allowed them to serve themselves wine at a variety of testing stations. Sometimes standard wine glasses were made available, sometimes larger glasses, and sometimes extra wide ones. Red and white wine were both offered, and students were alternately instructed either to hold the glass while pouring or leave it on the table. Every one of these variables made a difference in how much the students served themselves.

Wide glasses caused subjects to pour 11.9% more than narrow ones—the same fill-the-space phenomenon that leads people to heap more pasta onto a big plate than a small one. Holding the glass as opposed to leaving it on the table resulted in a 12.2% bigger serving—perhaps because when the glass moves even a little it’s harder to gauge the level of liquid accurately. And when the glass sizes were the same, participants poured 9.2% less red wine than white because, the researchers theorize, the lower color contrast between white wine and a clear glass makes the glass look less full.

Gender made a difference too, as did body mass index (BMI). As in the world outside the lab, the men in the study poured more than the women did—about 9% more, the researchers found. And men with high BMI poured about 19% more than men with average BMI. For women, body mass didn’t make a difference. But there was a way for both sexes and all sizes to bring their intake down, and that was to establish—and stick to—simple rules of thumb.

For the purposes of consistency, the rule of thumb the researchers chose was the half-glass rule: drink as much as you want, but fill the glass only halfway up each time you pour. High-BMI men who didn’t use that rule drank 31% more than those who did, and men of average BMI drank 26% more. Women, on the whole, drank 27% less when they used the half-empty rule.

These aren’t hard and fast rules, of course. How much people pour in a single go is not the same as how much they drink, and it doesn’t take terribly sophisticated math to figure out that 16 half-glasses works out to a whole lot of wine. Rate of consumption—gulping versus sipping—makes a big difference too. Even the best rules of thumb can take you only so far. After that, it’s best just to leave the party early—without your car keys, thank you very much. 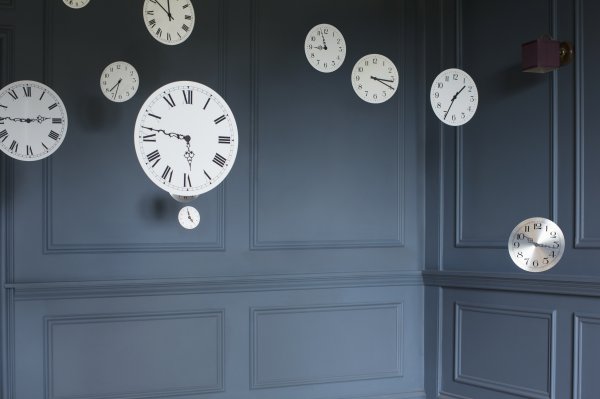 How to Increase the Number of Hours in Your Day
Next Up: Editor's Pick