NASA Spacecraft Reaches Neptune on Its Way to Pluto

Passing through Neptune’s orbit is the last major crossing before the spacecraft, New Horizons, reaches its intended destination of Pluto. New Horizons is scheduled to be near Pluto on July 14, 2015. In a coincidence of timing, the spacecraft’s crossing through Neptune’s orbit has occurred on the exact same day NASA’s Voyager 2 encountered Neptune 25 years ago.

“It’s a cosmic coincidence that connects one of NASA’s iconic past outer solar system explorers, with our next outer solar system explorer,” Jim Green, director of NASA’s Planetary Science Division, said in a statement. “Exactly 25 years ago at Neptune, Voyager 2 delivered our ‘first’ look at an unexplored planet. Now it will be New Horizons’ turn to reveal the unexplored Pluto and its moons in stunning detail next summer on its way into the vast outer reaches of the solar system.”

New Horizons is the size of a piano and launched in January 2006. It reached Neptune’s orbit in a record of eight years and eight months. If the spacecraft’s journey continues successfully, it will be the first probe to reach Pluto. 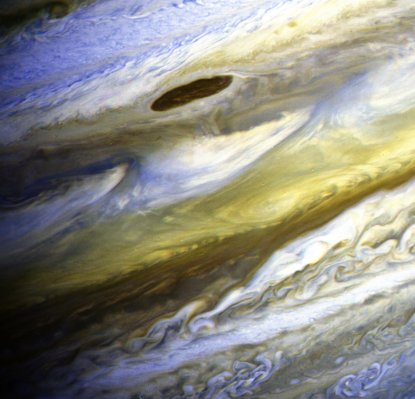 See the 10 Best Photos Taken by Voyager 2
Next Up: Editor's Pick