The increasingly bloody war carving up Ukraine was in the thoughts of many Sunday as the embattled nation observed a somber Independence Day.

“Never in 23 years has this day been so majestic as today. People have never celebrated it as sincerely as today,” said Poroshenko, as honor guards and battle-primed infantry, preparing to deploy to the front, stood ramrod straight.

“Ukraine will never again celebrate this holiday under [the] military-historical calendar of the neighboring country. We will honor defenders of our motherland, not someone else’s!” roared Poroshenko.

Following the speech, a military band led a column of troops, missile launchers and armor through Kiev’s Maidan Square in a pointed message to Moscow, days ahead of a meeting between Poroshenko and Russian President Vladimir Putin.

Further east, in the self-declared Donetsk People’s Republic, an entirely different scene played out, as pro-Russian separatists marched captured Ukrainian soldiers at gunpoint through the streets of Donetsk city.

Pedestrians responded to sight of the haggard prisoners of war with cries of “fascists” and some threw bottles at the POWs, according to Reuters.

“This is no independence day. This is a plague on our land, the fascists who have taken control of Kiev who are now shooting at hospitals and morgues,” one Donestk resident told the news agency.

Ukraine has been locked in bitter civil war for months in the wake of a pro-Moscow uprising in the country’s far east, following the Russian military’s seizure of the Crimean Peninsula in March.

Kiev and Washington have accused the Putin Administration of providing arms and supplies to the separatists, including a sophisticated surface-to-air missile system that could have downed Malaysia Airlines Flight MH 17 in July with the loss of 298 lives.

On Friday, U.S. Deputy National Security Adviser Ben Rhodes confirmed to reporters that forces within Russia were firing artillery into Ukraine and moving heavy weaponry across the border into rebel hands. 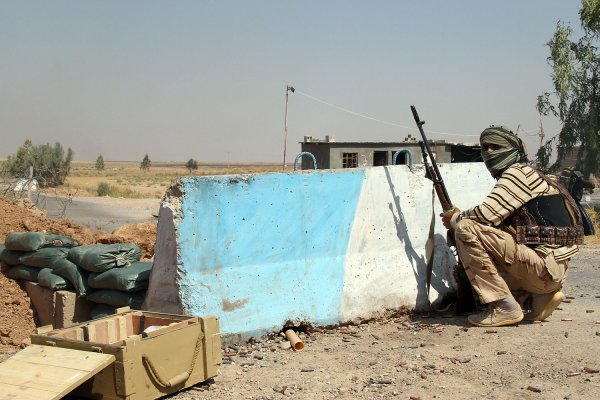