Volvo unveils its first car under Chinese ownership on Tuesday. It’s a high-stakes moment for the Swedish carmaker —and a time of reckoning for the Chinese auto industry’s global ambitions.

“If Volvo is successful, it will have a great significance on Chinese automakers,” Bin Zhu, China forecast-team manager at consultancy LMC Automotive, tells TIME. “It could boost their confidence and set an example for the whole industry.”

More cars are being produced and sold in China than anywhere else in the world, yet the country’s domestic brands have failed to have international impact. In fact, they’re even struggling at home. More Chinese drive a Ford, Volkswagen or Nissan than a Chery, Dongfeng or Great Wall. And as buyers become more affluent, domestic marques are shunned even more.

Consultancy firm McKinsey forecasts that China’s premium car market will be the largest in the world by 2020. However, consumers they talk to doubt that any local carmaker will have come up with a model prestigious enough for them by then. Currently, the three top brands — Audi, BMW and Mercedes — dominate 75% of the premium sector and keep growing at the expense of local rivals. The new Volvo XC90 could buck that trend.

“It’s a car that hits right in the heart of the market,” James Chao, director of the IHS consultancy’s automotive unit, tells TIME. “It’s a little larger SUV, premium but not fully luxury. It’s retained a lot of Volvo’s European flair, while many people surely would feel proud to drive a Chinese vehicle of this caliber. If it’s priced competitively and realistically, it could be a hit.”

Success isn’t guaranteed. There was widespread skepticism when Geely first purchased Volvo in 2010. Other acquisitions, such as state-owned SAIC’s deal with Korean Ssangyong or SAIC’s subsidiary Nanjing Auto’s purchase of MG Rover, failed to bring the sought-for synergies.

“Sometimes the Chinese companies have taken a lot of time to absorb the knowledge, or the knowledge has been out of date,” says Bin. But, he adds, Volvo and Geely could be different. “Volvo needed a lot of investment to develop new technology, while Geely had money but no strong development team. It was a win-win situation.”

The partnership got off to a shaky start. Managers from the two companies publicly contradicted each other on how Scandinavian the new cars would be, and the sometimes brash Chinese tastes collided with the sober aesthetic of safety-minded carmakers from Torslanda. However, communication slowly improved and the two sides seem to have found some equal ground. In an interview with the Financial Times, Volvo’s head of design Thomas Ingenlath said that Geely’s owner Li Shufu had “opened our eyes” to the importance of a backseat experience that included a champagne cooler and a humidor. Li, for his part, expressed his admiration for Volvo’s values, and said that he thinks they may stand for something the Chinese are craving right now.

“Particularly in China, I think a lot of people start to realize: O.K., what are the things that they truly should value,” Li told the Financial Times. “That’s something that fits perfectly well with what Volvo is offering.”

There’s no arguing about the importance of the new XC90 to both firms: it’s the first to be rid of Ford technology (the American automaker sold Volvo to Geely in 2010) and the product of an $11 billion development process that will lead to a completely renewed Volvo fleet by 2020. If the XC90 doesn’t become successful, Li told the Wall Street Journal, “it will be very painful.”

The partnership does have one competitive advantage. Since Geely owns Volvo, it doesn’t have to live by the restrictions for joint ventures and can be more aggressive when it comes to research, development and manufacturing facilities inside China.

“We’ll absolutely see more cross-pollination in the coming five years,” says Chao at IHS, who says the Volvo name should give Geely a boost. “[Chinese automaker] Hongqi sold about as many cars last year as Audi does on an average day,” he says. “Maybe the best idea isn’t to introduce your own branded car in China at this point.”

LMC’s Bin agrees. “I think we’ll see more localization and cars tailor-made for China,” he says. In the long term, he says there could be “an opportunity to challenge the German automakers.”

Whatever the outcome, there is no denying the crucial importance of the XC90’s launch for Volvo.

“It’s the biggest proof of what we’re all about,” Alain Visser, Volvo’s head of sales and marketing, tells TIME. “If this doesn’t work out, we have an issue.” 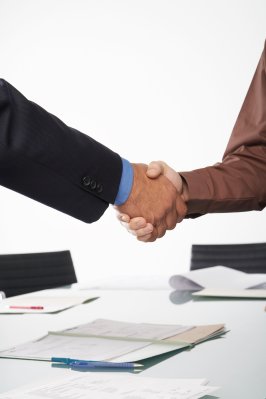 6 Strategies for Making a Brilliant First Impression in 9 Seconds or Less
Next Up: Editor's Pick