A 24-year-old man was arrested Sunday after scaling the Brooklyn Bridge, where he took the opportunity to snap some photos with his iPhone, said officials in New York City.

Yaroslav Kolchin, wearing a backward green cap, a grey T-shirt and jean shorts, was spotted climbing over a security fence by a uniformed officer who was stationed at the bridge. He then radioed the suspect’s description and location to the NYPD, says CNN.

A helicopter was soon deployed and additional units were dispatched before Kolchin climbed back down and was taken into custody. He faces charges of reckless endangerment, obstructing governmental administration, criminal trespass and disorderly conduct. No one was injured.

But there is some confusion regarding Kolchin’s nationality; Reuters reports that he hails from New York City, but CNN says he is visiting from Moscow.

The stunt comes a month after two American flags on the Brooklyn Bridge were replaced with white flags. Two German artists claim they carried out the act. 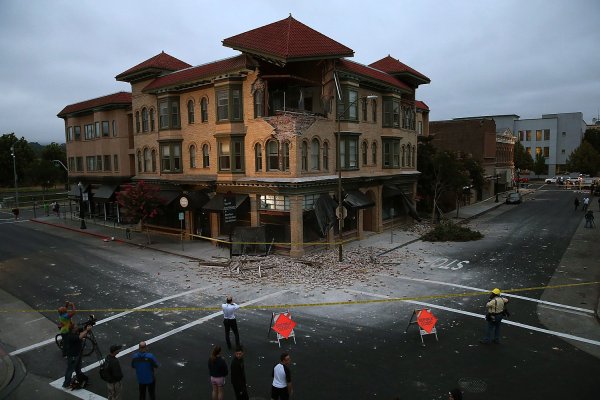