Who Was the Guy Who Accepted Miley Cyrus' Award at the VMAs?

After she won Video of the Year for “Wrecking Ball” at the 2014 VMAs, Miley Cyrus opted not to walk onto the stage to accept her trophy — but rather, she sent someone in her place: Cyrus had a homeless youth accept the award for her.

While Jimmy Fallon held the microphone, the young man named Jesse explained how those watching could donate to My Friend’s Place, a homeless center for young people in Hollywood, while Cyrus wept watching in the audience. 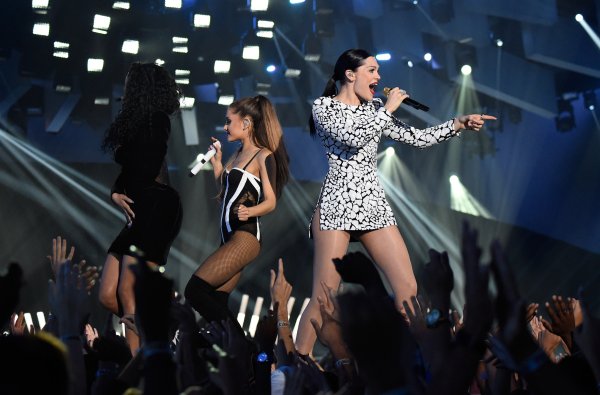 Watch Highlights From the 2014 MTV Video Music Awards
Next Up: Editor's Pick