6 Sure-Fire Signs They're Planning to Replace You

There’s lot of wildlife in Boulder. I was gobsmacked the first time bear came into our yard, after living in Chicago and New York for years. It got to be more normal, and then we had a mountain lion on our street. Now there’s a mother lion and two cubs wandering the neighborhood. We didn’t have this kind of thing in New Jersey.

They say that a prey animal’s nervous system shuts down when the prey animal is snatched by a predator. Humans have a bit of that going on, too. We tune out signals that should alert us to be on guard and on our feet, at home and at work.

Most of us are so tuned into the next thing on our to-do list and the general crush of daily obligations that we shut down our antennae for new information, especially scary information. We don’t take it in, for example the signals that tell you “You are not going to have this job much longer.”

Every day in our office we hear people say “I was completely blindsided. I got called into someone’s office, they gave me papers to sign and I wasn’t tracking with the conversation, I was so overwhelmed.”

When you lose your job suddenly, you’re in shock. It’s normal. When you get bushwhacked, how else would you react?

When you turn on your antennae to be mindful of signals in the energy field around you, you’ll be in a better position whether you’re working for someone else or for yourself.

The more information you can take in and attend to, the better. The closer you can keep an ear to the ground and all your other senses working at a high level, the stronger your position will be.

When people get in a rut at work it’s called falling asleep on your career. Your spidey sense weakens. Your old street muscles from the playground or the basketball court atrophy. You forget how to pay attention to what’s going on around you, and the press of your work makes that inattention even more likely.

Just then you get the lightning bolt and you’re out of a job without warning. Two weeks later when your body has had time to process everything, you’ll say “Actually, there were signs. I missed them.”

I don’t want to make you paranoid, but every time I write about this topic we get letters from people who say “I was guided to read your column today. I see it now. I’m putting the breadcrumbs together. My boss wants me out.”

That early warning helps you get centered. When you see the storm swells forming as you look out across the water, you can prepare. You can be proactive then. First we’ll walk through the six signs they’re planning to replace you, and then I’ll tell you what to do about them.

You’re Pulled Off a Big Project for No Reason

Be suspicious when you’re on a big project doing fine, and all of a sudden you’re off the project for no reason. That’s not a sensible business move, unless they can tell you what you’re doing next and why that’s good for your employer (and you). If you ask why you were pulled off the project and the answer is mushy and non-committal, get your job-search engine going and start building your mojo for a job search.

All of a Sudden, Your Knowledge is Valuable

God bless our colleagues who lack emotional intelligence, because they broadcast their intentions. One way they do it is to suddenly have an interest in everything you know about your job.

They’ll say one random day “Why don’t you train Elissa, our temp, on how you create newsletters and marketing brochures, and teach her how to do trade shows?” Cross-training is great, but there should be a particular need for it, because cross-training takes a lot of time. If you feel sketchy about somebody’s sudden desire to pick your entire brain, trust your feelings.

Knowledge work can get us emotionally and philosophically attached to our jobs. We care about decisions made at work when we’re connected to our power source there. Strategic disagreements can get fierce and personal at times.

If you’ve been in a wrangle with someone and suddenly it’s all forgotten, there’s no discussion and everything is fine, the word may have come down that you aren’t staying.

You Can’t Get Forward Visibility

Most folks outside the executive suite don’t get formal employment agreements unless they’re contractors, but we like to have some visibility a year or so into the future. We like to know what the organization is trying to do, and to hear as often as possible how well it’s doing with its goals.

If you can’t get a hint from your manager about your future, that’s a bad sign. Most people would rather waffle than tell you something and have to backtrack later. They may keep you treading water until they’re ready to toss you out of the pool completely.

A screaming neon sign of an upcoming personnel switch-out is for a person’s pet project which was high-priority suddenly to slip to the back burner almost without mention. It typically means that the leaders still still love the project but don’t want you running it, for whatever energetic-disturbance reason they have. They’ll low-key the project until you’re gone and then rev it back up.

Don’t take it personally. It isn’t about you. Your flame can grow from an experience like that, even if you leave. Look what influence you had! Your great ideas travel with you wherever you go.

You Just Feel It

Humans are an old species. Once I traveled to visit a friend, and on the last day of my visit she scheduled a half-day off work to show me her city. In the morning she had a meeting to attend at work, and she said “Come to my office and meet everyone. There’s a spare office where you can work.”

She went into her meeting and I sat in her office working. I felt a chill. I was in a private office but the door was open to a suite of three other offices in a corner of the building. I stopped typing and felt it. Something in the looks of my friend’s co-workers when they walked by — I couldn’t put my finger on it. I scribbled on a Post-It Note “Went down the street for coffee. Call me.”

My friend called me an hour later and said “Which coffee shop are you at? I’ll join you. I just got fired.”

The bad energy was in the air – the tension. It drove me out. You will feel things and your job is not to judge or pooh-pooh them but to let them sit in your right brain and percolate for a few days. Is there a change in the air temperature? If so, you’ve got to mention it.

What To Do If It Happens?

What if you see some of these signs, or all of them? Take the bull by the horns and find your center. Set up a time to talk with your boss and warmly ask him or her what’s up.

Jump here for a script to guide you.

Liz Ryan is the CEO and Founder of Human Workplace. 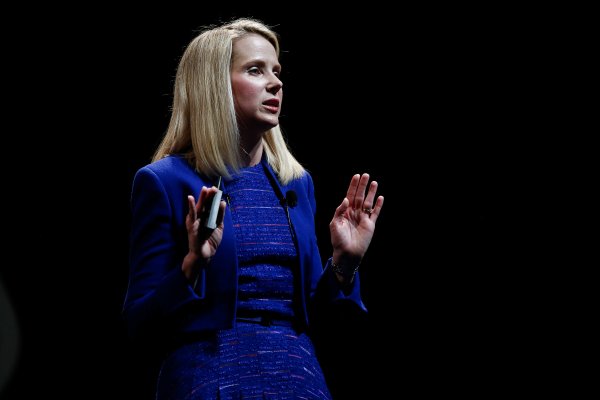 5 Things Successful Leaders Do in a Crisis
Next Up: Editor's Pick