Empty Coca-Cola Classic cans move along a conveyor to be filled.
Bloomberg—Bloomberg via Getty Images

The agriculture and food production industry employed more than one billion people as of last year, or a third of the global workforce. While the industry is substantial, a relatively small number of companies wield an enormous amount of influence.

In its 2013 report, “Behind the Brands,” Oxfam International focused on 10 of the world’s biggest and most influential food and beverage companies. These corporations are so powerful that their policies can have a major impact on the diets and working conditions of people worldwide, as well as on the environment. Based on the report, these are the 10 companies that control the world’s food.

Click here to see the companies that control the world’s food.

In an interview with 24/7 Wall St., Chris Jochnick, director of the private sector department at Oxfam America, discussed the impact that these 10 companies have on the world. “If you look at the massive global food system, it’s hard to get your head around. Just a handful of companies can dictate food choices, supplier terms and consumer variety,” Jochnick said.

These 10 companies are among the largest in the world by a number of measures. All of them had revenues in the tens of billions of dollars in 2013. Five of these companies had at least $50 billion in assets, while four had more than $6 billion in profits last year. Additionally, these 10 companies directly employed more than 1.5 million people combined — and contracted with far more.

Nestle is the largest of these 10 companies. Converted into dollars, Nestle had more than $100 billion in sales and more than $11 billion in profits in 2013. The Switzerland food giant alone employed roughly 333,000 people.

Many of these companies and their brands are extremely well known. One reason is that they often spend huge sums on advertising. Nine of these 10 companies were among the 100 largest media spenders in the world in 2012. Coca-Cola (NYSE: KO), the world’s sixth largest advertiser, spent more than $3 billion in 2012 on advertising. Unilever’s media expenditure, at $7.4 billion, was the second-highest worldwide.

However, not all the companies are reluctant to address these problems. None of the 10 companies was better-rated by Oxfam than Nestle, which was closely followed by Unilever. Still, even these companies had problems, according to Oxfam’s 2013 report. In 2011, Nestle discovered cases of children working in its cocoa supply chain, as well as instances of forced labor. A supplier of palm oil for Unilever was accused of illegal deforestation and forcible land grabs.

A strong public profile, as well as consumer awareness, may lead these companies to address issues of concern. “A company that is good and trusted ought to be a company that is aware of, and taking steps to avoid, serious human rights or social or environmental problems that it is part of,” Jochnick said.

Some companies have taken steps towards becoming better corporate citizens. General Mills and Kellogg, which have been among the 10 companies Oxfam studied, have implemented new policies to address important issues such as climate change. Both companies recently committed to disclosing and reducing greenhouse gas emissions in the coming years.

Based on Oxfam International’s 2013 report, “Behind the Brands: Food justice and the ‘Big 10’ food and beverage companies,” 24/7 Wall St. reviewed the 10 companies that control the world’s food. We also added information on each company’s revenue, net profit, total assets, and employee count from their most recent annual report. Data were translated from foreign currencies based on the exchange rate on the final date of each company’s reporting period. Information on companies’ brands come from corporate websites and Oxfam. Data on 2012 advertising expenditures are from Advertising Age’s report, “Global Marketers 2013,” and are estimates. Estimates for Mars Incorporated, which is privately held, are from Forbes’ report “America’s Largest Private Companies 2013.”

These are the companies that control the world’s food.

Associated British Foods is a U.K. food manufacturer that has built out a global presence largely through acquisitions. Associated British Foods operates sugar factories, sells food ingredients to wholesale and industry customers, and manufactures consumer products such as Mazola corn oil and Twinings tea. According to Oxfam, the company received low marks for its practices in water use, having failed to conduct impact assessments, while also failing to adopt strong practices in managing its water supply chain.

MORE: Cars Most Likely to be Dumped

Coca-Cola is among the most valuable brands in the world. In total, Coca-Cola and its bottlers sold sold 28.2 billion cases worth of drinks, of which 47% were “trademark Coca-Cola.” In total, sales for The Coca-Cola Company were nearly $47 billion in its latest fiscal year. Overall, The Coca-Cola Company scores well for a number of practices, including addressing inequality for women working in production and supporting female empowerment for workers in its supply chain. The company is also well-rated for its land-management practices.

France’s Groupe Danone has a truly global presence. Its largest market, by sales, is Russia, followed by France, the U.S., China, and Indonesia. According to the company, Danone is the world’s largest seller of fresh dairy products, which accounted for 11.8 billion euros in revenue, or over half of the company’s total sales in 2013. Danone is also among the world’s largest sellers of early life nutrition products and bottled waters. Danone received high scores for its policies in a number of major issues, including transparency and managing water resources. However, the company also received low scores in other policies, including its handling of land and farming issues. Danone received the lowest score of any company from Oxfam for its policies regarding women’s issues in agricultural production.

For the rest of the list, please go to 24/7WallStreet. 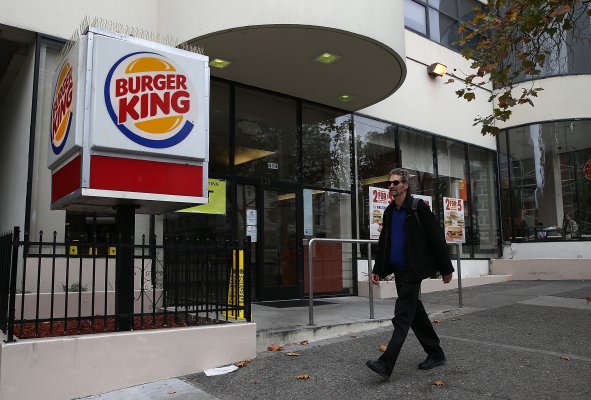 Burger King Might Become a Canadian Company
Next Up: Editor's Pick