The United Nations said Friday that more than 191,000 people have been killed in Syria since the country’s civil war began in March 2011, as a top U.N. official lambasted the international community for its “paralysis.”

The U.N. reported that 191,369 people were killed between March 2011 and April 2014, more than double the figure the U.N. reported a year ago, when it said 92,901 people had died. U.N. High Commissioner for Human Rights Navi Pillay said the true death toll is likely even higher because it reported only deaths that it was able to confirm.

“I deeply regret that, given the onset of so many other armed conflicts in this period of global destabilization, the fighting in Syria and its dreadful impact on millions of civilians has dropped off the international radar,” Pillay said in a statement. “The killers, destroyers and torturers in Syria have been empowered and emboldened by the international paralysis.”

More than 17,000 women and 2,000 children have been killed in the conflict, which has forced more than 2.9 million people to flee the country.

“It is scandalous that the predicament of the injured, displaced, the detained, and the relatives of all those who have been killed or are missing is no longer attracting much attention, despite the enormity of their suffering,” Pillay said. 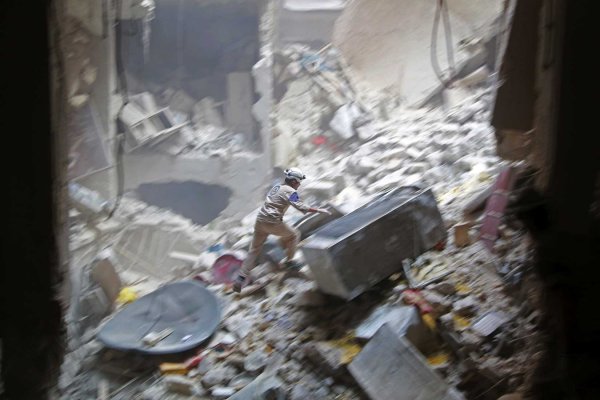 Syria's Barrel Bombing Has Increased
Next Up: Editor's Pick