School Should Start Later So Teens Can Sleep, Urge Doctors

When it comes to the importance of sleep, it’s all about the biology, say pediatric experts. And in a report released Monday, the American Academy of Pediatrics supports pushing back start times for older kids, particularly teens, because it’s better for their mental and physical health.

“The evidence is clearly mounting both in terms of understanding the repercussions that chronic sleep loss has on the health, safety and performance of adolescents, and there is also really solid compelling data supporting the fact that delaying school start times is a very important intervention that can mitigate some of the impact of sleep loss,” says Dr. Judith Owens, director of sleep medicine at Children’s National Medical Center and lead author of the report.

In a statement published in the journal Pediatrics, the Academy’s Adolescent Sleep Working Group reviewed the studies to date involving how inadequate sleep among teens—which means anything less than 8.5 hours to nine hours a night on school days—can contribute to health issues such as obesity, diabetes, mood changes and behavior problems. They even analyzed studies linking poor sleep to increased reliance of substances like caffeine, tobacco and alcohol and the effect of sleep deprivation on academic performance. The evidence, they concluded, supports giving teens more time in bed by pushing back the time they have to be at school to at least 8:30am. Even a half-hour delay, some studies showed, can have dramatic effects on improving children’s health and academic performance.

MORE: The Most Well-Rested and Sleep-Deprived Cities in the World

The AAP committee studied the issue of adolescent sleep for nearly four years to come up with this policy statement, says Owens, and that data show that puberty may biologically wire teens to stay up late and wake up late—which means that forcing them to bed earlier won’t do much good. Something about the hormonal changes occurring during that period of development shifts their body clocks, which regulate the balance between sleeping and waking, later, like daylight savings in reverse. Puberty also pressures kids to stay up later because the normal sense of tiredness that builds up during the day is slower to develop among teens, so they can’t fall asleep earlier even if they wanted to. ”It doesn’t change how much sleep they need, but it makes it easier for them to stay awake longer,” says Dr. Mary Carskadon, a professor of psychiatry and human behavior at Brown University Medical School and director of sleep and chronobiology at Bradley Hospital.

That’s why delaying school start times may make more sense than enforcing earlier bedtimes. According to a 2006 National Sleep Foundation poll, 87% of high school students don’t get the recommended 9 to 10 hours of sleep they need to function at their best and promote healthy mental and physical development; most average around seven hours of sleep on weeknights. And the effects of that deprivation may show up in their grades; about 30% of students report falling asleep in class at least once a week, and studies consistently connect less sleep with lower grades in school and on standardized tests. Students who don’t get the recommended amount of sleep also tend to have higher rates of anxiety and mood disorders, including depressive symptoms.

But in the 70 school districts involving more than 1,000 schools that have adopted later start times for high school students, teachers, parents and the students themselves are seeing substantial benefits. In one district that pushed back start times by one hour, half of the students reported getting eight or more hours of sleep, compared to 37% who had prior to the shift.

Owens and her colleagues also conducted a study among students at an independent school that delayed start times by 30 minutes. That was enough to shift bed times earlier, by an average of 18 minutes, something that surprised her and her team. They also found that the delay increased the percentage of students getting eight or more hours of sleep a night. “Anecdotally, a lot of the students said they felt better with the extra half hour of sleep they got in the morning, and that motivated them to go to bed earlier as well,” she says. “They said they could focus better and concentrate better and that it took them less time to get their homework finished so they could go to bed earlier.”

None of the studies show that delaying school start times encourages students to go to bed even later, a concern that some parents and health care workers have raised about the policy.

Having high school students start later may also have domino effects on everything from their extra curricular activities, including sports, which often occur after school, and on child care issues for parents who rely on older children to take care of their younger siblings following school. “Communities and school districts really need to go all in and make a commitment [to it],” says Carskadon. “Where it doesn’t work is where schools just dabble and say they will try it for six months to see how it works.” Adds Dr. Cora Breuner, professor of pediatrics and adolescent medicine at Seattle Children’s Hospital at University of Washington and a member of the committee, “we know that implementation of our recommendations wild be challenging but we stand behind these recommendations and strongly ask that they be considered for the health of our children.”

And in some districts, efforts to overcome the hurdles are starting to work. Some schools, for example, have created after-school programs where younger children can remain at school in a supervised setting until their older siblings or parents can take them home. And in communities in Minnesota and Massachusetts, where elementary school students are starting school earlier to accommodate bus service for the older students later, community volunteers have manned the stops to ensure younger children are safe while they are waiting to be picked up during early morning hours.

“The hope is that this statement will galvanize communities,” says Carskadon. “Now they have another tool in their tool kit, and another set of evidence and advice to take to school committees and school boards, to get communities moving on addressing adolescent sleep.” Given the state of the data on how poor sleep affects adolescent development, adds Owens, “to do nothing Is really to do harm. The status quo of starting schools at 7:15 or 7:20 is not in the best interest of the students.” 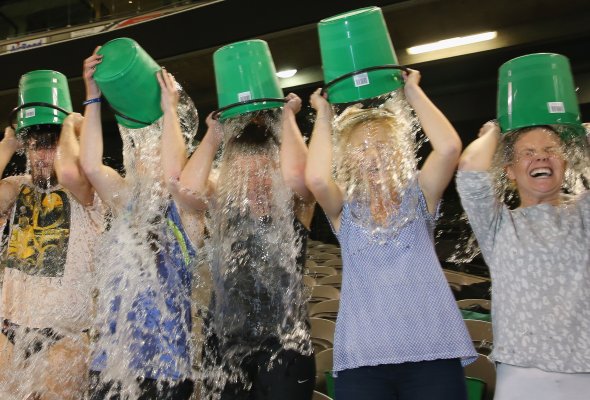