Climate Change Could Happen Slower for the Next Decade, Study Says

One of two major water storage lakes on the Russian River is lake Mendocino, which is nearly empty on January 24, 2014, near Ukiah, California.
George Rose—Getty Images
By Justin Worland

Temperatures have risen more slowly in the past decade than in the previous 50 years and will continue to rise at a somewhat slower rate in the next decade, according to a new study, even as climate change continues to raise temperatures to unprecedented levels worldwide.

The study, published in the journal Science, explained the temporary slowdown in rising temperatures as a potential consequence of the end of a 30-year current cycle in the Atlantic Ocean that pushes heat into the ocean.

Despite this brief respite, the study says temperatures will begin to rise more quickly after the cycle is complete.

“Each of the last three decades has been successively warmer at the Earth’s surface than any preceding decade since 1850,” according to a different study published by the Intergovernmental Panel on Climate Change.

“Trends based on short records are very sensitive to the beginning and end dates and do not in general reflect long-term climate trends,” the IPCC study said, cautioning that the slowdown in global warming does not mean the atmosphere will not continue to heat at a faster rate. 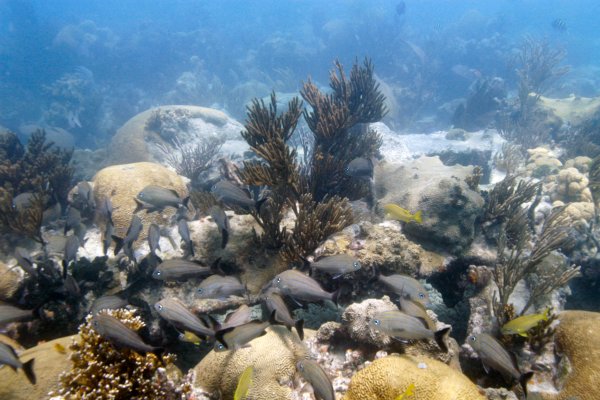 Coral and Fish Can Tell Good Reefs From Bad
Next Up: Editor's Pick