Here Are the 15 Highest-Paying Companies in America

Median income for Americans was $34,750 in 2012. At some companies, however, the median is more than five times the national number. Based on figures provided by Glassdoor, 24/7 Wall St. examined the highest-paying companies in America.

The companies that pay their employees the most fall primarily into two industries: management consulting firms and tech companies. These companies employ graduates of elite schools who have skills that are in high demand and have high salary expectations to match.

Consultancies can afford to pay high salaries. Generally, they are high-margin businesses, relying on a relatively small workforce to generate revenues. McKinsey & Co. and Boston Consulting Group, two consultancies that pay big salaries, continue to draw interest from business school students as they compete with some of the nation’s largest public companies to recruit top performers. According to Forbes, 2013 revenue at McKinsey & Co. was $7.8 billion, generated by only 17,000 employees.

For tech companies, maintaining the talent pool requires paying very high salaries to bring in software developers and engineers. According to a study by Glassdoor published last year, the six companies that paid engineers the most included Juniper Networks, LinkedIn, Yahoo!, Google, Twitter and Apple — all of which were among the top 15 highest-paying companies overall.

But no metro area is home to more top-paying companies than the San Jose area, where Apple, Google, LinkedIn, Yahoo! and Juniper Networks are all headquartered. San Jose topped the nation with a median household income of $79,841 in 2012.

To identify the companies paying employees the most, 24/7 Wall St. reviewed data from Glassdoor on median annual salaries by company, as well as job reviews and average salaries for specific positions. We also examined Glassdoor’s 2014 study on the Best Places to Work. In addition, we reviewed 2012 median salaries by occupation from the Bureau of Labor Statistics (BLS).

These are the highest-paying companies in America:

Apogee Medical pays its employees a median annual salary of $220,000 — the best in the country. It is likely that the salaries are high because the company is the largest physician-owned hospitalist group in the country. Hospitalists — physicians who provide comprehensive care to hospitalized patients — are Apogee’s highest-paid employees, making an average of $215,000 per year. According to the company’s website, Apogee employs more than 750 physicians, nurse practitioners and physician assistants, all of which earn more than $100,000 a year. The company also offers a variety of opportunities to improve professionally, including its “Apogee University” program, which is available to all employees.

Top management consulting firms generally pay handsome salaries, and that is especially true at Boston Consulting Group (BCG), which pays a median of $143,750 per year. This is well above the median annual salary $114,000 for a management consultant in Boston. The company, which employs nearly 5,000 consultants in 75 offices in 42 countries, consults top management at companies in virtually every sector. With nearly $4 billion in revenue in 2013, BCG is one of the richest management consultants in the world. In addition to a comparably lucrative salary, the firm offers employees a variety of benefits that most companies do not give, according to Workforce Magazine. BCG picks up the full tab on health care premiums for its employees, and it pays its consultants to engage in nonprofit work.

Booz & Company, a global management consulting firm, has been recognized around the world as one of the best firms both for its performance and its treatment of its employees. While the company did not fare well on Glassdoor’s Best Places to Work list this year, employees seem very pleased, citing numerous opportunities for advancement and competitive salaries on Glassdoor. While senior business consultants in New York City earn slightly more than $100,000 a year, they are paid some $140,000 a year at Booz & Co. PricewaterhouseCoopers recently completed a deal to purchase Booz & Co., although whether the business will continue as a standalone brand or adopt the PwC moniker has not yet been announced.

Management consulting firm A.T. Kearney was among the companies where the most business school graduates wanted to work, according to Fortune. One of the likely reasons for this is the pay — the median annual salary at the Chicago firm is $135,000. Comparably, the median annual salary for management consultants in Chicago is $110,365. Generous compensation, however, is not the company’s only draw. The company was also named as one of the Best Places for Diverse and Women Managers to Work by Diversity MBA magazine and Fortune’s “100 Top MBA Employers” in 2013.

Unlike many of the best-paying companies in Silicon Valley, Juniper Networks Inc. (NYSE: JNPR) is not a consumer electronics, software or social media company. The networking equipment company sells its services and products — including its Junos network operating system — to carriers, cable companies and Internet service providers, among others. Employees working in similar companies may often be well compensated — the median pay for computer network architects in 2012 was $91,000. Juniper is certainly no slouch where pay is concerned. Software and systems engineers at Juniper were paid well more than $100,000 per year.

Based on the relatively low employee satisfaction score on Glassdoor, many employees find Visa Inc. (NYSE: V) a difficult place to work. However, the company makes up for it by paying higher salaries than its two closest competitors. The average salary for a number of positions at Visa is well over $100,000 a year. By contrast, neither of Visa’s chief rivals, American Express and MasterCard, was listed among the top-paying companies by Glassdoor. Visa also offers perks to employees beyond the typical benefits package. Those include free group exercise classes and benefits to workers who commute via public transportation, walking or bike riding.

LinkedIn Corp. (NYSE: LNKD) is the highest-paying social network to work for, with salaries that outpace those of both Twitter and Facebook. The company pays software engineers and data scientists salaries that can frequently exceed $150,000 per year. Also, like its competitors, LinkedIn ranks as one of the top companies to work for, according to Glassdoor. Employees noted in their reviews that “this company has an amazing culture!” and that the company “truly cares about its employees, providing opportunities for professional growth and career transformation.”

Autodesk Inc. (NASDAQ: ADSK) is one of the highest-paying companies in the area of software engineering. The company, which specializes in cloud servicing software, is located in San Francisco and had revenue of $2.31 billion in 2013. While the median salary of a software engineer in the United States was $87,100 in 2012, the average salary of a software engineer at Autodesk is $106,959 a year. In addition to generous health and retirement benefits, the company offers employees six weeks paid sabbaticals for every four years of employment, as well as the week off between Christmas and New Year’s Day. One of its unusual benefits is to offer employees assistance in the costs of adopting a child.

While Wal-Mart Stores Inc. (NYSE: WMT) has been frequently criticized for the low pay of its retail employees, the company is by no means afraid to pay for talent. The company continues to invest aggressively in its online business, with the hopes of catching up to online retail giant Amazon.com. To do so, the world’s largest retailer has had to pay for workers in software development, where the national median salary was $87,100 in 2012. This was far higher than the median earnings of the company’s retail sales workers of slightly less than $20,000 annually. And Walmart eCommerce doesn’t just pay these engineers the national median but far above it. At $125,000 per year, the pay of engineers at Walmart is comparable to pay at tech companies such as Google and Twitter.

Google Inc. (NASDAQ: GOOG) is one of the world’s most valuable companies as measured by market cap, and employees often reap the rewards. Software engineers, product managers and research scientists often earn salaries running well above $100,000 per year, according to Glassdoor. Google is well-known for not sparing any expense to recruit the best talent available. Employees receive a wide range of perks, including on-site medical care and its famous “20% time” — in which employees can work on whatever projects they want. An added perk for some employees is the opportunity to work with a number of the world’s leading thinkers, including chief economist Hal Varian and director of engineering Ray Kurzweil. It is hardly any wonder the company was ranked eighth on Glassdoor’s Best Places to Work. 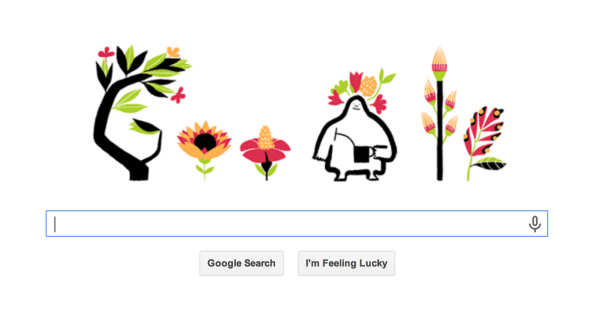