Health care is dire in Ebola-affected countries in West Africa. But one of the lesser recognized tragedies is the fact that international families—families of diplomats, missionaries or business people—have fled the country either by choice or at strong recommendation from their homeland. If they don’t return, some fear that their exodus could cripple the countries’ growing economies.

“The health situation in terms of direct risk of infection [for the average person] is really not that bad, but its effects are immense,” says Jeff Trudeau, the director of The American International School of Monrovia (AISM), which has lost well over half of its expected students for the start of the 2014 school year, and has delayed its start date to October. Right now, he’s only 50% confident they will open then.

In Liberia, the government closed public schools. Private schools are subject to fewer regulations and some remain open. However, even if AISM wanted to open on time, it simply no longer has students to fill its chairs. AISM and similar international schools in West Africa cater to kids who come from countries with specific educational standards, typically children of missionary families, diplomats, and international businesses. Last year, 16 embassies were represented at the international school in Liberia.

Closed schools are a serious problem for children’s education, but closures in countries like Liberia and Sierra Leone have implications even beyond lost learning opportunities. Trudeau says the country of Liberia, where he lives, has greatly improved in terms of economy and industry in the last few years. Two years ago, AISM only had 70 students, but as the school season neared this August, AISM was expecting to welcome 150. Trudeau says his school has also lost 20% of its teachers.

“Liberia entered a period of prosperity, and we grew last year,” says Trudeau. It’s reflective of how things improved security-wise and economically. Parents felt comfortable bringing their kids to Liberia.”

Trudeau says that if the school can’t open in October, and doesn’t open until, say, January, they will probably have fewer than 50 students. The other students will, by that time, likely have enrolled in other schools in their home countries or elsewhere.

Similar U.S. Embassy-funded schools in Sierra Leone and Guinea are also struggling. The American international school in Sierra Leone remains closed, and though the school in Guinea is open, it has only 50 students—a 50% reduction in their expected class.

In the wake of the outbreak, kids are left without parents and people are dying of otherwise preventable diseases due to lack of medical attention, Doctors Without Borders has written in TIME. So far, Ebola has infected 2,615, killing 1,427. But the aftermath won’t simply be a clean-up, but also a catch-up—to gain back the momentum they made in the last few years. 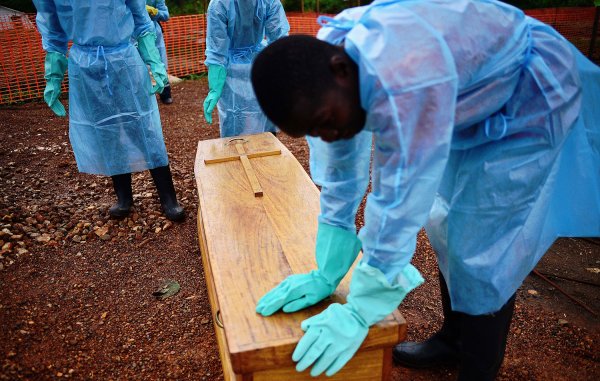