If there’s a vocal equivalent of rubber face, Hank Azaria’s got it. The 50-year-old actor joined The Simpsons when he was just 22, and has collected four Emmys for an impossibly long list of oft-imitated and diverse creations: Moe, Chief Wiggum, Professor Frink, Dr. Nick Riviera, Apu, Cletus—and on and on.

To mark the show’s 25th season, and the 552-episode marathon on FXX that threatens to keep fans in doors for days, Azaria talked to TIME about what it’s been like to embody some of the funniest characters on television for more than half-a-lifetime—as well as what he remembers about the late, great Robin Williams, with whom Azaria worked on the 1996 comedy The Birdcage.

TIME: Are you going to be watching any of the [FX] marathon? What is the most hours you’ve spent watching your own show in a row?

Hank Azaria: Well, I’ve lived the marathon. Really. I’ve been doing this for over half my life now. Every few years I’ll sort of binge-watch the last crop of episodes. I’m due for another one of those.

TIME: How do you continue to find surprises within these characters and make sure that it stays interesting for you as an actor?

HA: I love these characters so it’s really fun for me to do them. It’s script to script. There aren’t as many new ideas on episode 512 as there were on episode 12. That said, we’ve never repeated a joke. I can’t recall saying the same thing. I think certain tropes come back. You know, Moe has fallen in love, what, four or five times. So some of it becomes an ongoing story that you’re telling. You learn more about them. You’re inside a character and you’re exploring a character and his relationships or ambitions. That’s really a writer question. They’re the ones that really have to dig deep.

TIME: What’s an episode that you felt handled a current event or a zeitgeisty thing in the news really well?

HA: One episode recently, called The D’oh-cial Network, about social media. I thought that was a great statement on how we’re a completely Internet obsessed society. [And] going way back, when the aliens Kang and Kodos took over [Bill] Clinton’s and [Bob Dole’s] bodies and sort of made this ridiculous election.

TIME: On Simpsons Wikipedia, that very reliable source, there’s something that describes all your characters and who they may have been based off of: Moe is based off your impression of Al Pacino and Dr. Nick Riviera is a bad Ricky Ricardo and Chief Wiggum is Edward G. Robinson. Did a lot of these voices start out as celebrity impressions you had done over the years? How did you warp these more familiar voices into something of their own?

HA: I’m a mimic at heart so, yes, they were based on a lot of celebrity impressions. Or whoever—they didn’t have to be celebrities. They were people I knew, people I met. Family members, college buddies. Whoever’s voice stood out to me that I could imitate.

TIME: Who is Comic Book Guy based off of?

HA: Comic Book Guy is based on a guy who lived next door to me freshman year of college. Everybody back then had those dry erase boards where they left messages for each other—before cell phones—and he would put a listing, a ranking of the top 5 or bottom 5 people in the dorm–people he liked and didn’t like. In CBG voice: You just made the top of my list.

TIME: So he was extremely popular?

HA: Oh, he was big man on campus. But yeah, he sounded like that, except with a Boston accent.

TIME: What character would you say is the most like you?

HA: The character that seems the most rational and that I relate to is Lou the cop. Even though his vocal quality is kind of based on [Sylvester] Stallone, he’s sort of the sensible, normal guy. I relate to Moe a lot. He has a big New York accent—which, I grew up in Queens. I was a bartender. I joke that if I didn’t become Moe the bartender I’d probably still be Hank the bartender. He’s such a miserable guy, like the dark side of my personality.

Moe of The Simpsons
FOX

TIME: I saw the segment with all of the cast, Dan [Castellaneta], Nancy [Cartwright], you, etc. on Inside the Actors Studio. I was struck by was how easily you guys were able to banter with each other in these characters’ voices. Are you guys comfortable enough with each other and with the writers where you improvise to come up with scenes? How has that changed over the years?

HA: That’s always been permitted and encouraged. Honestly, it’s hard to remember at this point what the beginning was like. It was so freaking long ago. But basically, if you do four takes, you want to do two completely as-written, word-for-word, and then a couple where you can play around a little bit. Sometimes, if you feel a joke isn’t working, you say, ‘maybe you try it this way, maybe he’s not so angry,’ you make a little suggestion. Then there are times where it really does feel like two characters should improvise with each other. Play off each other, play around. Every once in a while, we’ll do that when it calls for it.

TIME: Were there any characters you wanted to do, or the writers wanted you to do, that ended up on the cutting board?

HA: None. Because I’ve really only ever suggested one character and that’s [Professor] Frink’s father. And Jerry Lewis ended up playing him. Professor Frink was so inspired by Jerry Lewis in The Nutty Professor that I always thought it would be great if we could do that. And I nagged them enough that they finally did it.

I have these voices ready that I think are amusing, or entertaining. And then when the time comes, a character gets presented and then in my brain, I go ah, great.

TIME: You said you’re constantly developing new voices. Is there anything you’re working on now?

HA: This process is so organic. It’s not, ‘ok let me take the next hour and develop the voice.’ It’s just something I’m always doing. I love it. To me it’s like a toy. It’s really fun. [But] over 26 years, I’ve sort of hit the limit. There are new people I try and get now as things come up. We did a monologue [recently]–remember the movie Network? Remember Ned Beatty’s rant?

HA: What I’ll do is just listen. I’ll get a recording of it, just listen to it, try to work it out. The good thing about it is—let’s say I do it and it’s not that great. Dan or Harry will take a whack at it.

TIME: [The Simpsons has] had a lot of guest stars over the years. Is there anybody that you felt giddy and nervous and excited in a big way to work with?

HA: This is an interesting phenomenon, I find, because you don’t know who you’re going to freak out at. The year Dustin Hoffman won for Rain Man—I was at that Oscars, and Vincent Price walked in and I lost my mind.

TIME: Did you actually say hello to him?

HA: I didn’t. I was too thunderstruck. But down the line, I’d say it’s the rock and roll performers that have gotten to me. The top would be Mick Jagger. It was like viewing history. I flipped out. All those guys. Tom Petty, Elvis Costello, David Byrne, Steven Tyler in Aerosmith. Maybe because I’m used to actors. I so admire people who can make music like that.

TIME: You guys recently combined the Simpsons and Family Guy, which is obviously influenced by the Simpsons. I was wondering what that experience of being a guest star as a character was like. Was it on Family Guy rules? What was it like joining up with them and getting to do the same role but in a different way?

HA: It was very much a Family Guy driven episode. It was technically their show. I love Family Guy, and whatever it’s borrowed from the Simpsons, it’s certainly become its own thing that is funny and original [and] in its own way deserves a lot of credit.

TIME: On Twitter recently you said that Cape Fear was one of the episodes you can watch over and over. What’s a bit that makes you crack up the most?

HA: From Cape Fear, the part about [Sideshow Bob] stepping on the rakes… It really hits my funny bone. No pun intended. Homer being really stupid cracks me up. Like when he hops on the scale and it’s wavering back and forth and he says ‘woo-hoo!’ or ‘d’oh!’ depending on literally whether the scale’s on the high end or low end. There was a while where for no reason Homer just adopted a southern accent and spoke like a girl thinking he’d be disguising himself. That really killed me.

TIME: So Homer’s stupidity is a gold mine.

HA: And Ralph Wiggum. The writers say that Ralph is the hardest character to write, by the way, because he has to be so stupid in just one sentence all the time that it’s almost like writing poetry, like writing comedy haiku. I think my favorite Ralph moment is when he walks into the adult section of the comic book store. The joke they didn’t use, because they censored it, was Ralph saying, ‘She’s hungry!’

TIME: One of your best-known live action movies was The Birdcage with the late Robin Williams. How did Williams affect your sense of comic timing or influence you as a comedian?

HA: Robin on that movie was really reining himself in. It was almost physically painful for him to do that. Mike Nichols was really sort of iron fisted with all of us about keeping it tight, and keeping it moving. I really admired the way Robin handled that. He would absolutely throw himself into the completely scripted version and give Mike exactly what he wanted, and then literally beg for what he called ‘wild takes,’ where he could just do whatever he wanted and go nuts. I think mostly it was very purging to Robin. Like if he didn’t let that out, I think he was going to go cuckoo. I was impressed how he took care of himself in that way. He was really gracious and didn’t argue with the director. He gave him what he wanted, which is smart, but also really advocated for his own process and did his thing.

The other thing I have to mention—as an actor, [Williams] was an amazing listener. He was always paying attention and responding. He was really there with you for whatever you might wanna try. He was very surprising, and a generous laugher.

This interview has been condensed and lightly edited for clarity.

TAKE THE SIMPSONS QUIZ BELOW 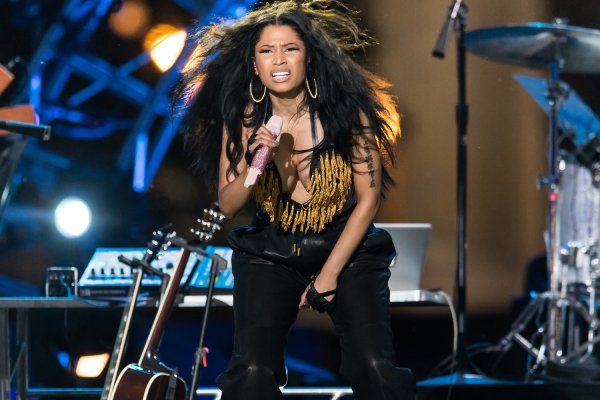