Jonathan Lipnicki talks on a phone in a scene from the film 'Jerry Maguire', 1996.
Columbia TriStar—Getty Images
By Samantha Grossman

Remember Jonathan Lipnicki? Sure you do. He was that adorable, bespectacled little boy who famously informed us in Jerry Maguire that the human head weighs eight pounds.

Well, Lipnicki grew into an adult — you know, as children are wont to do. He’s remained pretty under the radar since his acting heyday in the 90s and early 2000s, though he did get some attention back in 2011 when photos of his chiseled physique began circulating around the web. Everybody seemed to wonder: Hey, what ever happened to that Jerry Maguire kid?

And so the actor, now 23, has created a sketch called “You Used to Be Cute” about the plight of a former child star. Everybody pigeonholing you and remembering you for just one role, confusing you with other child stars, commenting on how adorable you used to be, and so on.

It’s pretty hilarious and seems to be pretty spot-on too. Even Mara Wilson — best known for her roles in Mrs. Doubtfire and Matilda — has sung its praises: 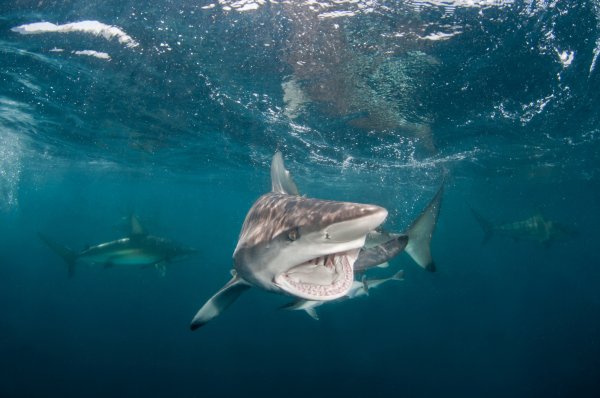 Watch a Fish Devour a Shark in One Bite
Next Up: Editor's Pick