An Indian navy serviceman walks down the gangplank of the newly commissioned warship, INS Kolkata, during its commissioning ceremony at a naval base in Mumbai on Aug. 16, 2014
Danish Siddiqui—Reuters
By David Stout

The Indian navy will add another warship into its rapidly expanding fleet over the weekend as it seeks to counter China’s growing supremacy on the high seas of the Indo-Pacific.

The INS Kamorta, which Indian officials are lauding as the nation’s first domestically built antisubmarine warship, will be unveiled to the public on Saturday during a ceremony at a naval dockyard in the eastern seaboard city of Visakhapatnam.

Earlier this month, newly elected Prime Minister Narendra Modi christened the nation’s newest naval destroyer, the INS Kolkata, which in turn followed the commissioning of India’s second aircraft carrier late last year. India’s navy is currently the only Asian maritime force in possession of two aircraft carriers and is scheduled to add a third in 2017.

According to defense experts, the commissioning of the Kamorta, the first of four such antisubmarine vessels that New Delhi is building, will provide additional muscle to protect its growing stake in the Indian Ocean.

“India wants to project power into the Indian Ocean region. It wants that to be its area of influence,” James Hardy, the Asia-Pacific editor at IHS Jane’s Defence Weekly, tells TIME.

To date, approximately 70% of all petroleum products and 50% of international container traffic pass through the Indian Ocean — making the body of water one of the world’s most strategically valuable maritime zones.

The waters are also highly coveted by Beijing, which has invested heavily in a network of commercial ports in the region that some politicians on the subcontinent fear may be a sly ploy to encircle India.

“India is extremely aware of the potential threat of Chinese expansion into the Indian Ocean region,” says Hardy.

In December, China sent a nuclear submarine to the Indian Ocean where the vessel stayed for two months conducting an antipiracy patrol. 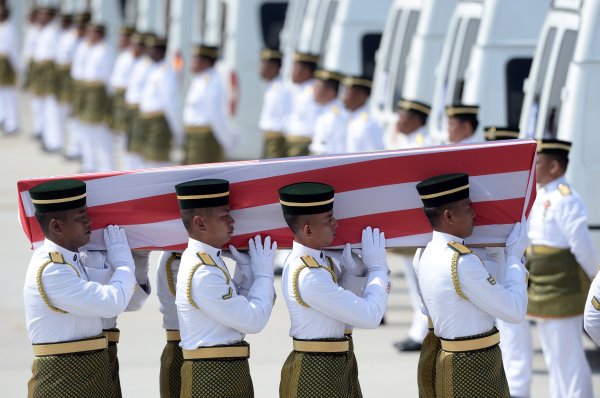