The Huge Mistake Most Parents Are Making Now

Hey kids, hope you’re saving your pennies. They might not have gotten around to telling you yet, but there’s a good chance your parents expect you to fork over your own money to help pay for college. Even if they don’t, there’s a good chance you might have to dig into your own pockets anyway, because even though more parents are setting aside money for their kids’ college funds today, many are still way behind on their savings goals.

A new study from Fidelity Investment finds that just over a third of parents have asked their kids to set aside money to help pay for school, a jump of nearly 10 percentage points in only two years. Keith Bernhardt, vice president of college planning for Fidelity Investments, says there’s a serious disconnect between parents’ intentions and actions.

Even though 85% of parents think kids should kick in something towards their educational expenses, fewer than 60% of those with kids already in their teens have bothered to bring it up, and only 34% have actually come out and asked their kids to contribute.

“With the cost of college rising, it’s increasingly unrealistic for parents to cover the full cost of college,” Bernhardt says. “Families are still struggling. They are on track to save just 28% of their college goal.” Even though more families are saving, and the dollar amounts they are socking away are greater, that 28% is actually a drop compared to previous years.

In spite of these grim numbers, parents today are actually more optimistic about their goals. Respondents told Fidelity they expect to cover, on average, 64% of their kids’ college costs, up from 57% two years ago. What’s more, 44% think they’ll meet these goals, up from 36% in 2007, when Fidelity started conducting the survey.

Most of them won’t, which means today’s generation of kids could be equally unprepared when it comes time to paying for college. “It’s critical that families have open conversations and discuss together how they will approach funding their college education,” Bernhardt says.

Bernhardt calls a dedicated savings vehicle like a 529 plan “a great way for parents to keep their college savings separate from other savings goals.” Today, 35% of parents have a dedicated account for college savings, nearly 10 percentage points more than when the survey began in 2007. About half of the parents in Fidelity’s survey who said they have a plan for retirement savings have a 529 set up, versus only about 10 percent of those who don’t have a savings plan.

Having a strategy for accruing college savings makes a big difference. “Parents with a plan are in better shape with their college savings,” Bernhardt says.

These parents say they’ll cover an average of 71% of their kids’ college costs; those without a plan estimate that they’ll only be able to pay for a little more than half. On average, parents who have planned to save are already almost halfway towards their goal, while those without a plan have only scraped up about 10% of what they want to save. Parents with savings plans have an average of $53,900 socked away, versus the average $21,400 families without a savings plan have amassed. 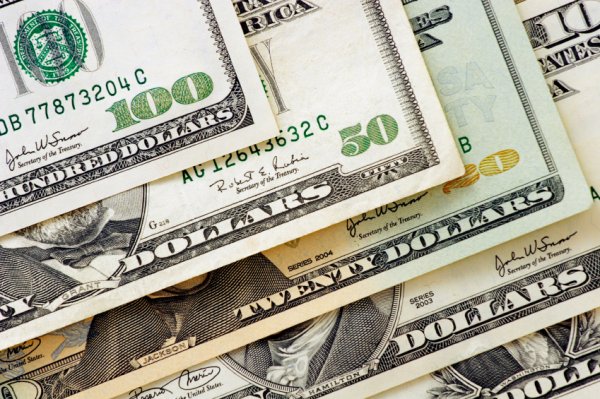 This 1 Mistake Could Cost You Hundreds of Dollars
Next Up: Editor's Pick