Why Americans Celebrate the Burning of Washington

The burning of Washington DC by British troops during the War of 1812.
MPI—Getty Images
By Don Hickey

This Sunday marks the 200th anniversary of one of the low points in early U.S. history. On August 24, 1814, at 1:00 p.m., with the temperatures hovering near 100 degrees, a British army headed by Major General Robert Ross, an accomplished field commander who had served with distinction as one of the Duke of Wellington’s lieutenants in the Peninsular War, attacked an American force at Bladensburg, Maryland, a few miles northwest of Washington. Although a detachment of U.S. Navy seamen and Marines under Commodore Joshua Barney took a heavy toll on the advancing British with artillery, the rest of the American force, mostly militia, was either overrun or outflanked and responded by fleeing—an episode remembered in wit and song as the “Bladensburg Races.”

With the road to Washington now open, the British rested for several hours in the stifling heat and then marched into the city around 8:00 p.m. By then, most of the residents had fled. Dolley Madison had sacrificed her personal property to remove White House treasures, including a large portrait of George Washington by Gilbert Stuart. The British could find no one to surrender the city and were fired on by snipers from a house. They never caught the snipers, but they responded by burning the house and the public buildings—the President’s Mansion (already sometimes called the White House); the Capitol (including the original Library of Congress), the buildings housing the State, Treasury and War departments; and the arsenal on Greenleaf’s Point. Before torching the White House, the British high command consumed some food and wine that had been laid out for President James Madison’s customary late afternoon dinner party.

It could have been a lot worse. Rear Admiral Sir George Cockburn, who accompanied Ross into the capital, reportedly wanted to burn the entire city in retaliation for American depredations in Canada. But it was an army operation and Ross’ call, and he would have none of it. Local residents, including the editors of the Washington National Intelligencer, whose newspaper office was one of the few pieces of private property that was destroyed, later praised the British for their restraint.

The British occupied the city for about 24 hours before leaving. A much humbled U.S. government returned, with officials scrambling for suitable office space. Congress was forced to meet in the cramped Patent Office, and President Madison had to settle for the Octagon House, which still survives as a Washington landmark. Locals did not soon forget the humiliation. One wag wrote on the walls of the Capitol, now a scorched hulk, “George Washington founded this city after a seven years’ wars with England—James Madison lost it after a two years’ war.”

This was undoubtedly the nadir for the United States in the War of 1812, a conflict largely forgotten today that America initiated to uphold neutral rights on the high seas. The young republic could hardly challenge the Mistress of the Seas on her own element and had sought instead to apply pressure by conquering Canada. But this had proved far beyond its limited means. The first year of the war had been especially disappointing. The U.S.S. Constitution had earned its nickname—“Old Ironsides”—with a pair of surprising victories over British warships, but otherwise there wasn’t much to cheer about. And by 1814, the British, who were no longer distracted by the Napoleonic Wars, had the new nation on the ropes.

Fortunately, the Washington debacle was followed three weeks later by some good news. The defeat of a British naval squadron on Lake Champlain compelled a large British army to withdraw and thus spared upstate New York from occupation. And the successful defense of Fort McHenry saved Baltimore and inspired Francis Scott Key to write “The Star-Spangled Banner,” an instantly popular song that Congress named the national anthem in 1931. The huge flag that inspired Key has long been on display at the Smithsonian and remains one of our most treasured relics from the war.

The British responded to these setbacks by letting the United States off the hook and agreeing to a peace treaty that simply restored the status quo ante bellum. The treaty did not mention neutral rights, but neither did it require the United States to sacrifice any rights or territory.

Five weeks before the U.S. ratification of the treaty ended the war on February 16, 1815, there was an even more spectacular development: Andrew Jackson’s lopsided victory over the British at New Orleans on January 8. This triumph had no impact on the peace settlement, but it had a profound and lasting effect on the way that Americans remembered the war and, in the process, shaped the emerging national identity.

Americans forgot the causes of the war. They forgot how close the fledgling republic had come to military defeat, economic ruin, national bankruptcy and even disunion. Instead, they remembered how they had repeatedly beaten back British invasions and defeated “the conquerors of the conquerors of Europe.” For a new nation in need of inspiring symbols, Andrew Jackson, the Battle of New Orleans, “The Star-Spangled Banner,” the Fort McHenry flag and “Old Ironsides” offered a good start.

Don Hickey is an award-winning author and a professor of history at Wayne State College in Nebraska. A longtime student of the War of 1812, he is best known for The War of 1812: A Forgotten Conflict (Bicentennial edition, 2012). 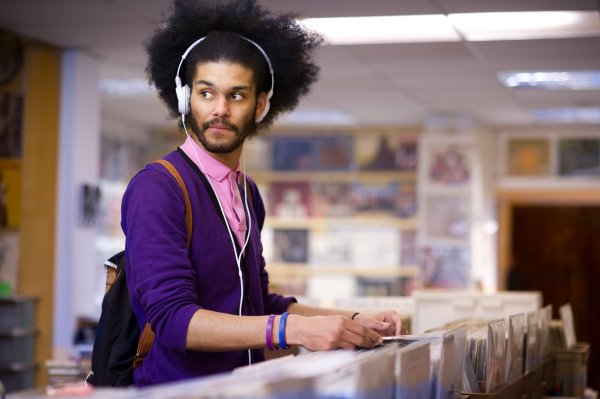 Not Too Cool For School: Tufts Offers Class on Hipsters
Next Up: Editor's Pick