Here's How Much Banks Have Paid Out Since the Financial Crisis

The Bank of America deal announced Thursday, the government’s largest-ever settlement with a single company, means the nation’s second-biggest bank will shell out $16.65 billion over allegations that it knowingly sold toxic mortgages to investors.

The landmark agreement is a win for the government—particularly the Department of Justice, which spearheaded the probe—after drawing criticism for its sometimes weak response to the financial crisis in 2008. The sum surpasses Bank of America’s entire profits last year and is significantly higher than the $13 billion it offered during negotiations in July.

But the deal also caps a string of settlements that the Justice Department and other regulators have imposed on banks in the wake of the recession. Since the crisis, the six largest banks by assets have paid more than $123.5 billion in settlements over faulty mortgages, according to previous data from SNL Financial and incorporating the latest settlement. Authorities have forced the banks to pay the majority of that amount, and more deals are likely: Goldman Sachs and Wells Fargo are both reportedly on deck.

Here are seven of the largest government settlements:

In what President Barack Obama called a “landmark” settlement, five of the nation’s largest banks agreed to a $25 billion settlement with 49 states and the feds to end an investigation into faulty foreclosure practices (Oklahoma reached a separate deal). Most funds were directed toward mortgage relief.

The settlement announced on Aug. 21 includes $7 billion for consumer relief, such as mortgage modification and forgiveness, and $9.65 billion in cash. But the deal doesn’t absolve the Charlotte-based bank of future criminal claims or claims by individuals.Bank of America has paid more than $60 billion in losses and legal settlements spawning from troubled mortgages—the most of any bank.

The largest U.S. lender agreed to what was then a record-setting settlement with the Justice Department over its role in the sale of the mortgages. “JPMorgan was not the only financial institution during this period to knowingly bundle toxic loans and sell them to unsuspecting investors, but that is no excuse for the firm’s behavior,” Holder said at the time.

The bank, which acquired the mortgage lender Countrywide Financial in 2008, agreed to a $11.6 billion settlement over claims that it and Countrywide improperly sold mortgages to Fannie Mae.

Ahead of the Justice Department settlement, Bank of America agreed to pay $9.3 billion to settle additional allegations that it sold faulty mortgages to Fannie Mae and Freddie Mac.

Federal regulators finalized a deal with thirteen lenders — including the three largest — for faulty processing of foreclosures. The sum allowed for borrowers who went through foreclosure to access up to $125,000.

Citigroup, the third-largest bank, and the Justice Department announced the deal in July amid allegations that the company misled investors about the mortgage-backed securities. The settlement, which included about $2.5 billion for consumer relief, surprised some analysts by its size, but was a harbinger of what was in store for Bank of America in the coming weeks. 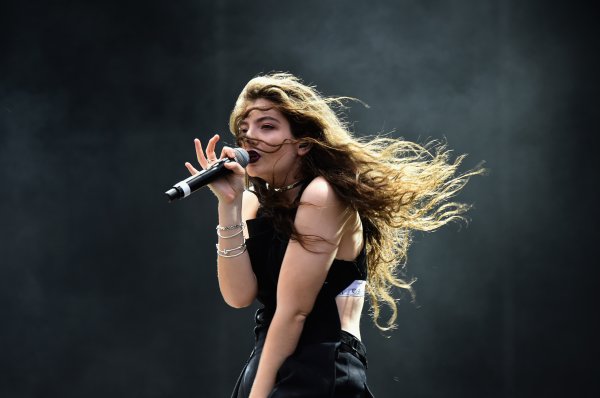 Get Ready, SoundCloud Users: Ads Are Coming
Next Up: Editor's Pick