Second Season of True Detective 'Not As Dark' as First, Says HBO

Don’t expect the second season of True Detective to be quite as morose as the first, HBO programming president Michael Lombardo told reporters Thursday. But don’t expect it to be a frolic in the park either.

“It’s still dark,” Lombardo said that the Guardian International Television Festival in Edinburg on Thursday, according to Variety. “[Creator Nic Pizzolatto] explores the darkness in people’s souls… it’s not as dark, but it’s not a light ride.”

Pizzolatto is writing a new story for the second season that will follow one policewoman and two policemen. Though HBO has not confirmed who will be cast, Colin Farrell, Vince Vaughn, Elisabeth Moss and Taylor Kitsch have all been rumored to be connected with the project.

The last season of True Detective garnered five Emmy nominations, including Outstanding Drama Series. Both Matthew McConaughey and Woody Harrelson are nominated for Outstanding Lead Actor in the most heated race in the awards. (The other nominees are Jon Hamm, Bryan Cranston, Kevin Spacey and Jeff Daniels.) The Emmys will air Monday, Aug. 25. 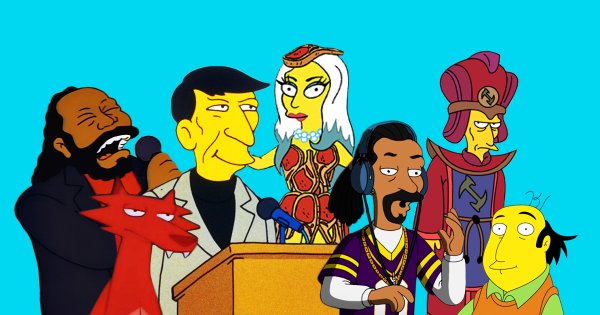 Here Are the 30 Best Celebrity Cameos on The Simpsons
Next Up: Editor's Pick