Why Some Catholics Won't Take the ALS Ice Bucket Challenge

Not everyone is jumping to take part in the ALS Ice Bucket Challenge, which has gone viral and raised millions for research into Lou Gehrig’s disease. Following the Archdiocese of Cincinnati’s decision to ban its schools from donating to the ALS Association and a widely read blog post by a Catholic priest, some Catholics are questioning the ethics of contributing to ALS charities that fund research with embryonic stem cells.

“We deeply appreciate the compassion, but there’s a well established moral principle that goods ends are not enough. The means must also be morally licit,” said Cincinnati Archdiocese spokesperson Dan Andriacco.

Father Michael Duffy, whose blog post on the issue has been shared on Facebook more than 100,000 times, said he started hearing chatter online two weeks ago suggesting that donations to the ALS Association might be used for embryonic stem cell research, which conflicts with Catholic doctrine. When he was nominated for the challenge himself, he looked into it and discovered that the ALS Association did in fact fund embryonic stem cell research.

Catholic church doctrine holds that life begins at conception. Because embryonic stem cells come from very early-stage embryos, the church holds that destroying the embryo is akin to taking a life.

ALS Association spokesperson Carrie Munk acknowledged that the organization currently funds one study using embryonic stem cells, but added that donors can ask that their money not be used for this purpose.

“I would still have trouble with that because you’re supporting an organization that is taking someone’s life,” he said.

Instead, he suggested an alternative charity, the John Paul II Medical Research Institute, which advocates for stem cell research using adult stem cells. In Cincinnati, the Archdiocese has taken Duffy’s recommendation and asked its schools to direct their funds there if they want to participate in the Ice Bucket Challenge.

Apparently, Duffy’s recommendation is working. The John Paul II organization said it has received dozens of donations per hour in recent days and that its website crashed because of the influx in traffic. Typically, the organization only receives a couple donations each day.

But despite the questions from some Catholics, the ALS Association continues to rake in cash. It’s raised $41 million since July 29, compared with just over $2 million in the same period last year. 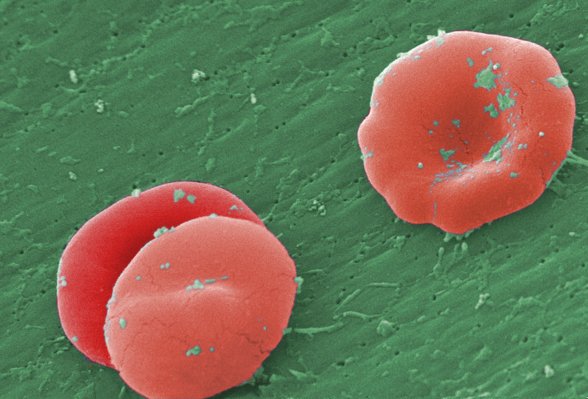 Blood Transfusions May Help Kids With Sickle-Cell Anemia
Next Up: Editor's Pick