“I think i’m a generally kind of lonely person,” Porter Robinson explains, sitting in his Manhattan hotel room. He’s just gotten up and had breakfast; his dark hair is unkempt.

There’s reason to be skeptical of this remark, coming from an electronic-music superstar whose iPhone chirps constantly with tweets about him while we talk over Skype —he’s polite enough to ignore it—and who has been commanding colossal audiences since he was a teenager. These days, this 22-year-old may be the last artistically redeemable figure associated with electronic dance music (EDM), an industry worth more than $6 billion a year globally, growing at a moment when revenues from nearly every other brand of music are falling—even pop.

Robinson, it should be said, is not a pop star. Never mind that he both performs and hangs out with some of the biggest DJs on earth, or that Worlds, his rabidly awaited debut album, soared almost immediately to iTunes’ top-10 downloads list when it dropped on Aug. 12. He’s an ambivalent celebrity.

“I’m still living at home, writing music out of my bedroom,” he says, sheepishly. Justin Bieber takes joyrides in a new Bugatti; Robinson recently splurged on a lightsaber replica. EDM may be fueled by drugs like ecstasy, but Robinson says he’s not into anything more potent than caffeine. At heart he’s an effusive nerd, obsessed with Japanese culture and his Tumblr page. He has built a massive audience, but he finds himself tuning it out.

“You can’t write sincere music if you’re only thinking about your fans,” he says. “People are better equipped to make art the way that they love. I’d be very bad at writing, like, the blues. I don’t care about the blues, I never listen to the blues, I don’t understand what’s good about it.”

Music trends tend to come and go, and if the EDM bubble pops, Robinson might be its sole survivor. His career took off right as EDM went mainstream, and the pressures to conform left him feeling fraudulent, so much so that he began having panic attacks onstage. “I have a strong ‘too good to be true’ alarm in my head,” he says. “I thought, How much longer can it last? How much longer can this movement last? I mean, I’m forgoing college for this.”

Worlds is his response. Sweeping and orchestral, it’s a deliberate separation from the conventional EDM acts whose careers, Robinson notes, tend to be “very, very short.” He admits that the “more financially awesome choice” would have been to record a straight EDM album, but then Robinson doesn’t much care about being financially awesome—or for that matter, EDM. Growing up in the college town of Chapel Hill in North Carolina, Robinson says he was a “hugely contrarian kid,” for whom the physical world was little more than an inconvenience.

“I really do feel like I was raised by the Internet,” he says. There were no music lessons. Instead, Robinson and his older brother played a lot of the video game Dance Dance Revolution, whose melodies echo in his earliest work. Mostly, he lost himself in the digital realms of online role-playing games like Star Wars Galaxies and City of Heroes. They’re gone now—when their players moved on, the servers went dark—and in an age when everything seems retrievable, there’s something beautiful to Robinson about these digital Neverlands. The new album is his attempt to return to them—to fashion something tangible out of Internet nostalgia. Those worlds, he says wistfully, “were real to me.”

Worlds, then, isn’t just about the music. On his upcoming tour, Robinson wants to create an immersive, multisensory experience, one that brings to life the virtual universe envisioned by the album. To that end, he hired the artist Alluxe—designer of rapper Kanye West’s elaborate Yeezus tour—to fashion the set.

The venues will be smaller than he’s used to, but Robinson says he may not ever play another festival. While most DJs today simply push play, Robinson will mix much of the music live.

He’s no longer worried about anxiety attacks. If Robinson is indeed lonely, he doesn’t seem to mind it. He’s in love with this idea of vastness, and don’t the odds of isolation increase as the surrounding landscape grows in size? At 22, Robinson is just coming to grips with his world—and ours may be all the better for it. 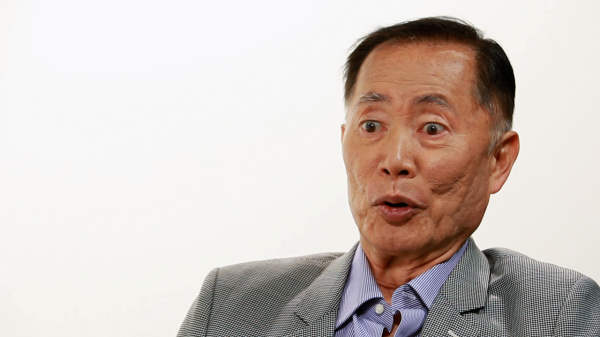 See How 'Oh My' Became George Takei's Catchphrase
Next Up: Editor's Pick