Beyond a Simple Solution for Ferguson

At first, it seemed a perfect metaphor for 400 years of oppression: a white police officer shoots an unarmed black teenager multiple times. He is shot with his hands up, it is reported, at least once in the back. The young man is a “gentle giant” with no adult criminal record. He seems guilty of nothing more than walking while black, albeit down the middle of the street. This takes place in a town that appears to have been cryogenically preserved from the 1960s, before the Voting Rights Act was passed. An estimated 67% of its citizens are African American; its government is melanin-deprived. The mayor of Ferguson, Mo., is white; 50 of the 53 police officers are white. Demonstrators come out to protest the atrocity–nobody is calling it an “apparent” atrocity yet–and the police respond in gear that makes a St. Louis suburb look like Kandahar.

But the perfection of the metaphor is soon blurred by facts. The gentle giant, Michael Brown Jr.–nicknamed Bodyguard by his friends–seems pretty intimidating in a surveillance video, in which he is seen taking cigarillos from a convenience store, tossing the diminutive clerk into a snack display as if he were a bag of Doritos. The alleged robbery occurs 10 minutes before the confrontation with the cop. The inevitable Rev. Al Sharpton says the video is an attempt to “smear” the young man. Then more facts emerge, and other eyewitnesses allegedly describe a more aggressive Michael Brown–more like the fellow in the video. An autopsy, requested by Brown’s parents, shows six bullet wounds; the kill shot is into the top of the victim’s head–which raises another possibility, that the officer, Darren Wilson, fired in self-defense. And now we have a metaphor of a different, far more difficult sort: about the uncanny ability of Americans to talk past each other when it comes to race relations, and also about the struggle between facts and metaphoric truths.

Sharpton has made a living off metaphoric truths since the late 1980s, when he promoted a terrified young woman named Tawana Brawley, who claimed that she had been raped by six white men, including the local prosecutor. Her story was later shown in court to be false, but the metaphoric truth was undeniable: black women have been casually violated by white men in America for 400 years. The undercurrent was strong enough that few black leaders rose up to take on Sharpton. The fetishizing of black sexuality by white men (and women) was too close to the bone, an infuriating historic truth.

But we have developed new historic truths over the past 50 years. A great many bodega owners won’t see Michael Brown as a metaphor for anything. They see potentially threatening customers every day. Blacks represent 13% of the population but commit 50% of the murders; 90% of black victims are murdered by other blacks. The facts suggest that history is not enough to explain this social disaster.

You can’t convict a terrified, undertrained cop of murder for trying to defend himself, if that’s what the facts show–but all too often in the past, we’ve exonerated racist thugs who were clearly guilty. We can’t ignore the barbarity that got us here: lynching was a fact, too, not a metaphor. Oddly, the election of Barack Obama–poor guy–has blunted the conversation about race relations, at least on the white side. We elected a black man with a Muslim name to be President. What other country would do that? The conversation has also been blunted, honorably, by the President himself in the face of some of the most tawdry race-baiting since Selma. And it has been blunted by leaders of the black community, who don’t want to harm Obama’s presidency by criticizing him. In a recent New Republic article, Jason Zengerle makes a strong case that hatred of Obama mobilized Alabama conservatives to take over the state legislature in 2010 and strip black officials of the power they had gained since the 1960s.

Race remains an open wound. There is a new generation of black intellectuals who are raising the issue in thoughtful, provocative ways. “The Case for Reparations” by the Atlantic’s Ta-Nehisi Coates is compelling, even if the case is not a particularly strong one. We’ve had 50 years of drastically improved political, educational and employment opportunities for blacks, which have produced a burgeoning middle class, but a debilitating culture of poverty persists among the urban underclass. Black crime rates are much higher than they were before the civil rights movement. These problems won’t be solved simply by the recognition of historic grievances. Absent a truly candid conversation about the culture that emerged from slavery and segregation, they won’t be solved at all. 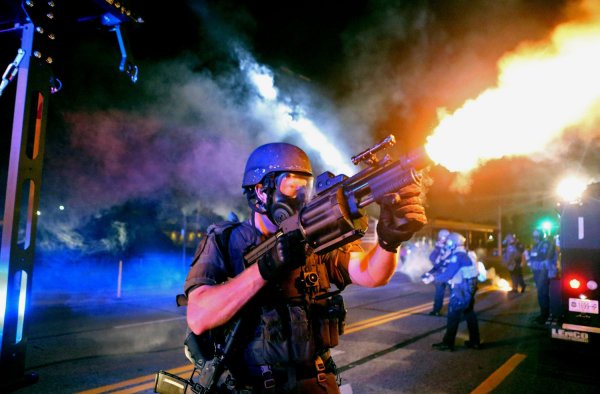 Inside the Tragedy of Ferguson
Next Up: Editor's Pick