To Be Takei Means There’s No Such Thing as Oversharing

Illustration by Eda Akultun for TIME
By Lily Rothman

George Takei has come down to Earth with a wholly unexpected landing. Once famed as Star Trek’s stoic Hikaru Sulu, the actor now reaps more attention for his tweets about awkward cat poses and other absurd observations that go viral. And he likes it that way. “It’s just as cool as having an asteroid named after me,” he joked last year while accepting the Shorty Award for Distinguished Achievement in Internet Culture, bragging that he beat Grumpy Cat.

That asteroid really exists–and Takei’s feelings about online fame aren’t exaggerated. That’s because the 77-year-old, who spent his childhood in a World War II internment camp and much of his career on the U.S.S. Enterprise, has grand plans for his 7.4 million Facebook likers and 1.3 million Twitter followers, just as he does for the new documentary film about his life, To Be Takei (Aug. 22). His online sharing is all in the name of causes that matter more to him than LOLs, including awareness of injustice, diversity in media and gay rights. So while he didn’t see To Be Takei until it screened at Sundance, nothing onscreen shocked him.

“I’m very conscious of the life I’ve lived,” he says. “If anything, I saw [in the film] my life in a larger context, in toto.”

It’s quite a context. His is a Russian novel of a life, the first chapter of which might be titled Gaman, a Japanese word heard often in To Be Takei. He translates it as “to endure with dignity or fortitude.” Gaman got his family through time spent in internment camps for Japanese Americans after Pearl Harbor, to which Takei, born in Los Angeles, was sent at age 5. He was nearly 9 when the Takeis were released, only to endure life on L.A.’s Skid Row. When he became an actor, his fortitude still proved valuable, as he was relegated to stereotypical Asian roles.

Being cast on Star Trek, with its commitment to diversity, was a boon. After the show ended in 1969, Takei was outspoken about his progressive views; he ran for Los Angeles city council in the early ’70s and nearly won. Even so, he kept a lid on his personal life. “I’d been an advocate and a political activist from the time I was a teenager,” he says, “but silent on the very issue that was closest to me–the fact that I’m gay.”

In 2005, spurred by then governor Arnold Schwarzenegger’s veto of California’s gay-marriage bill, Takei acknowledged publicly that his manager Brad Altman was also his partner of nearly two decades. (George and Brad, both Takeis now, married in 2008.) The decision, which he believed would end his career, was a turning point. “When I finally came out in my late 60s,” he says, “I was determined to fully be out, to be fully liberated and to be fully honest with myself and the public.”

Nobody shares everything, but over the past nine years, in his latest life chapter, Takei has come close. He’s done reality TV, getting fired from The Celebrity Apprentice for failing at window dressing. He shows up regularly on Howard Stern’s satellite radio show–the source of the goofily prudish “Oh myyy!” that has become his catchphrase–even though Stern peppers him with questions about his pornography-viewing habits. On Facebook and Twitter, his newer fans are drawn in by a mix of Chewbacca-poop memes and sincere messages about marriage equality. (Though he still acts as the editor for his feeds, he now has a staff to keep the social-media machine running.) And then there’s To Be Takei, for which he gave director Jennifer Kroot carte blanche. “He’s the most accepted outsider,” Kroot says of Takei’s appeal. “Everybody feels like some sort of outsider in some way. He can metaphorically hold our hands as we go through that.”

Although Takei came to it late in life, stars have, of course, long made the personal public. Fans’ interest in off-camera lives has only grown, and sharing has become key to maintaining celebrity, says Joshua Gamson, author of Claims to Fame: Celebrity in Contemporary America. What Takei does that’s novel, he adds, is mix honesty with activism. Intimacy with fans helps his brand–these days, he often plays himself on shows like Community, since George Takei is now as iconic a character as Mr. Sulu–and the more open he is, the better his larger strategy works.

So what looks like silly TMI is really a calculated quest for understanding. He does Howard Stern to give the shock jock’s audience a positive view of a gay man. He got on social media originally to promote the musical Allegiance, about World War II internment. (The show, inspired by and starring Takei–and with a song called “Gaman”–had a successful San Diego run and has Broadway plans.) He let Kroot film his life to show a same-sex relationship in all its quotidian glory, from speeches and protests to haircuts and holding hands. Stars are just like us, it says, and so are married gay men of color.

Yet Takei’s ease in the public sphere and his ability to laugh at his persona aren’t always shared by his partner. He says he “pays the price” at home when he dishes too much to Stern, and Brad’s discomfort in front of the camera is obvious in To Be Takei. Still, the newer Takei believes it’s worth it if it helps change stereotypical views of gay life. “Every opportunity George has to talk about our private lives in a public forum,” Brad says, “I think is ultimately positive.”

There’s no sign that those opportunities will end. “We will live long,” George Takei paraphrases, when asked about the possibility of retirement, “and prosper.” It wasn’t Mr. Sulu’s line, but that doesn’t mean Takei can’t pull it off. 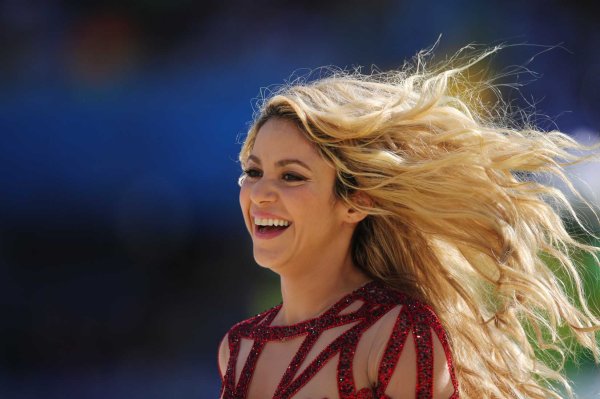