The frozen desert of Antarctica is challenging enough for life — never mind conditions beneath that ice-bound mass. But NBC News reports that a recent discovery by scientists reveals the water beneath the West Antarctic Ice Sheet to be swarming with microbes.

The findings, published in Nature, reveal that a diverse microbe ecosystem of 4,000 distinct species exists in subglacial Lake Whillans, which lies beneath 800 m of ice. The chemoautotrophs — organisms that gain sustenance from minerals found in the water instead of from sunlight — could also hint to the possibility of life on other planets, National Geographic reports. Scientists say that the conditions that the microbes live in could be similar to those in frozen lakes found on Europa or Enceladus, Jupiter’s and Saturn’s moons respectively.

“The report is a landmark for the polar sciences,” Martyn Tranter, a professor at the University of Bristol (who was not involved in the study), wrote in a commentary in Nature.

Tranter added that the discovery also raised “the question of whether microbes could eat rock beneath ice sheets on extraterrestrial bodies such as Mars.”

The researchers will continue to survey Lake Whillan next winter in search of other organisms that could further point to the varying possibilities of life. 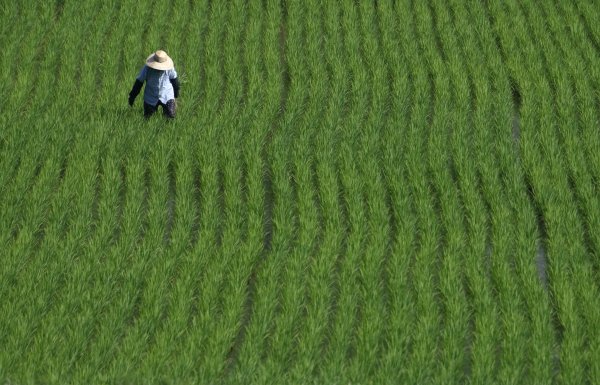 Flightless Ladybugs: Japan's Alternative to Pesticides
Next Up: Editor's Pick