Sen. Mark Pryor, D-Ark., conducts a news conference in the Capitol to urge passage of legislation that would bring outsourced jobs back to the United States, July 22, 2014.
Tom Williams—CQ-Roll Call,Inc.
By Alex Rogers

Senator Mark Pryor (D-Ark.) is running in one of the tightest reelection races in the country, facing freshman Rep. Tom Cotton (R-Ark.), a U.S. Army veteran. So it may come as some surprise that in Pryor’s new ad released Wednesday, he chose to hone in on his support of President Barack Obama’s unpopular healthcare law.

In the personal new ad, Pryor’s father, David, a former senator himself, talks about his son’s battle with sarcoma, a rare form of cancer, in 1996. “When Mark was diagnosed with cancer, we thought we might lose him,” David Pryor says in a voiceover. “But you know what? Mark’s insurance company didn’t want to pay for the treatment that ultimately saved his life.”

By opening up about the struggle for his own life, Pryor aims to connect with his constituents. “No one should be fighting an insurance company when you’re fighting for your life,” he says in the ad. “That’s why I helped pass a law that prevents insurance companies from canceling your policy if you’re sick or deny coverage from preexisting conditions.”

Pryor’s ad does at least three things right. First, he hones in on the most popular aspect of the Affordable Care Act: coverage for those with preexisting conditions, which has support across the aisle. “We all agree that nobody should be denied coverage due to a pre-existing condition,” David Ray, a Cotton campaign spokesman, told TIME in an emailed statement.

Second, Pryor’s ad doesn’t use the term “Obamacare,” the Affordable Care Act’s nickname first coined by its critics. A Kaiser Health Tracking poll released August 1 found that a little over half of the public—53%—have an unfavorable view of Obamacare. But when referred to by a different name, the law’s negative ratings can decrease, polls show. One Kentucky poll in May found that while 57% of registered voters disliked “Obamacare,” only 22 percent had unfavorable views of Kynect, the state exchange created as a result of the Affordable Care Act’s passage in 2010.

Third, the ad includes his father, a former Congressman, Senator and Governor who is still a popular advocate despite being out of office for the better part of two decades.

And as Pryor runs on Obamacare, Senate Republican candidates and their supporters across the country have backed off on their attacks against the law. In April, anti-Obamacare advertising accounted for 54 percent of the issue ads in North Carolina, and almost all ads in Louisiana were focused on the health care law, according to Kantar Media’s Campaign Media Analysis Group, as reported by Bloomberg. But by July, that number dropped to 27% in North Carolina and 41% in Louisiana.

This shift could be for a variety of reasons, including a renewed focus on the economy and jobs in this election cycle. But Republicans might also be reacting to a law that beat expectations, with higher enrollment figures and fewer than expected cancelled plans (1.9 million versus the purported 4.8 million, according to Health Affairs.) In Arkansas, the law reduced the percentage of uninsured from 22.5% to 12.4% over last year, according to Gallup. That 10.1% decline is the largest of any state in the nation.

Of course, Republicans stated goal on Obamacare remains “repeal and replace,” and ads could reemerge this fall even if premiums don’t increase. David Ray, a campaign spokesman for Pyror’s opponent, Cotton, told TIME in an emailed statement that the aforementioned pre-existing condition provision makes sense, but overall the law should be overturned as it raises health care costs and taxes and lowers wages.

“We thank God that Senator Pryor survived cancer, and we admire his courage in that fight,” wrote Ray. “However, we didn’t need Obamacare to change insurance regulations. We all agree that nobody should be denied coverage due to a pre-existing condition. Obamacare raises taxes on the middle class, has caused millions of Americans to lose insurance plans they were promised they could keep, has doubled or even tripled premiums on families who can’t afford it, has caused lost wages and hours at work, and is preventing many small businesses from growing and hiring more people. Further, Senator Pryor has supported a taxpayer-funded bailout of big insurance companies that lose money as a result of Obamacare. We need to start over with reform that makes healthcare more affordable and keeps healthcare decisions between patients and doctors.” 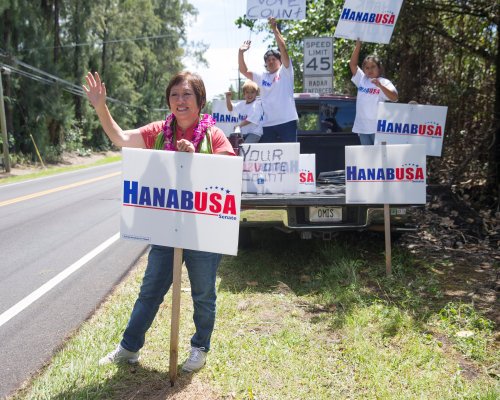