The United States launched a rescue operation this summer to free American hostages held in Syria by the Islamic State of Iraq and Greater Syria (ISIS), the Department of Defense said Wednesday, but no hostages were found at the target location.

In a statement released a day after the Sunni extremist group released a graphic video showing the execution of American journalist James Foley, Pentagon Press Secretary Rear Adm. Kirby confirmed that American air and ground forces attempted a rescue to free a number of American hostages held by militants in Syria.

A U.S. government official confirmed Wednesday night that Foley was among the Americans the military attempted to rescue.

“This operation involved air and ground components and was focused on a particular captor network within [ISIS]. Unfortunately, the mission was not successful because the hostages were not present at the targeted location,” Kirby said. “As we have said repeatedly, the United States government is committed to the safety and well-being of its citizens, particularly those suffering in captivity. In this case, we put the best of the United States military in harms’ way to try and bring our citizens home.”

Lisa Monaco, the Assistant to the President for Homeland Security and Counterterrorism, said Obama authorized the operation “because it was the national security team’s assessment that these hostages were in danger with each passing day in [ISIS] custody.”

The ground portion of the operation was carried out by U.S. special forces operators. Monaco said the government wouldn’t go into detail on the operation to protect “operational capabilities.”

“The United States government uses the full breadth of our military, intelligence and diplomatic capabilities to bring people home whenever we can,” Kirby said. “The United States will not tolerate the abduction of our people, and will work tirelessly to secure the safety of our citizens and to hold their captors accountable.”

In a statement to reporters Wednesday, Obama referenced the Americans still being held by ISIS. “We keep in our prayers those other Americans who are separated from their families. We will do everything that we can to protect our people and the timeless values that we stand for. ” 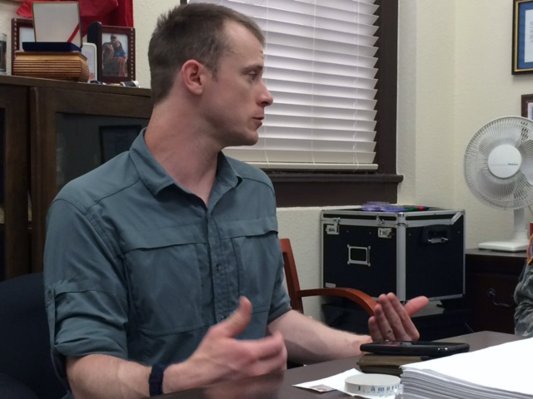 What Sgt. Bowe Bergdahl Plans to Do After Probe Ends
Next Up: Editor's Pick