Attorney General Eric Holder met with students, community leaders and police officials in Ferguson, Mo., on Wednesday, where daytime demonstrations have turned into nightly street violence since a police officer shot and killed an unarmed black teenager 11 days ago.

Holder’s visit comes amid investigations into the death of 18-year-old Michael Brown, who was shot and killed by Ferguson Police Officer Darren Wilson on Aug. 9. The circumstances leading up to Brown’s death remain unclear, but Holder told community leaders that the nation’s “most experienced agents and prosecutors” are on the case.

The Attorney General also met Wednesday with students at a St. Louis Community College, including Molyric Welch, whose brother died of cardiac arrest at the age of 31 after allegedly being tasered by Ferguson police. “A lot has happened here,” Welch said. “[Holder] promised things were going to change.”

Holder, who was joined in Ferguson by Acting Assistant Attorney General Molly Moran and other Justice Department officials, expressed gratitude to those working in the area to keep tensions cool amid the daily protests. During brief statements on Wednesday, Holder said he understands the mistrust for law enforcement the people of Ferguson have expressed while also sharing personal interactions he has had with officers throughout his life.

“We have seen a great deal of progress over the years. But we also see problems and these problems stem from mistrust and mutual suspicion,” Holder said. “I understand that mistrust. I am the Attorney General of the United States. But I am also a black man.”

Holder said while the dialogue that has started as a result of the uprising in Ferguson is important, there remains a need for “action to change things in this country.”

“Dialogue is important,” he added. “But it can’t simply be that we have a conversation that begins based on what happens on August 9, and ends sometime in December, and nothing happens. The same kid who got stopped on the New Jersey freeway is now the Attorney General of the United States. This country is capable of change. But change doesn’t happen by itself.”

Holder also met with Highway Patrol Capt. Ron Johnson, who is now heading up Ferguson police operations, and Justice Department staffers also plan to meet with officials from the Federal Bureau of Investigations, members of the U.S. attorney’s office, and prosecutors from the Justice Department’s Civil Rights division to discuss the investigation. Holder’s arrival in Ferugson comes just days after a Monday statement in which he called for patience as officials work to gather all the facts of the case.

“The selective release of sensitive information that we have seen in this case so far is troubling to me,” Holder said at the time. “No matter how others pursue their own separate inquiries, the Justice Department is resolved to preserve the integrity of its investigation. This is a critical step in restoring trust between law enforcement and the community, not just in Ferguson, but beyond.”

In an open letter published by the St. Louis Post-Dispatch on Wednesday, Holder made a pledge to the people of Ferguson that the “investigation into this matter will be full, it will be fair, and it will be independent.” 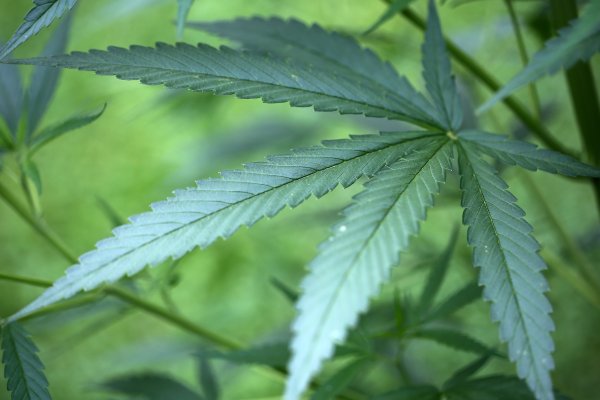 9,000 Pounds of Pot Worth $10 Million Seized in South Texas
Next Up: Editor's Pick