US Vice President Joe Biden (R) and Estonian President Toomas Hendik Ilves attend a press a conference at the end of their meeting in Warsaw on March 18, 2014.
JANEK SKARZYNSKI—AFP/Getty Images
By Dan Kedmey

A Russian diplomat voiced “concern” over Estonia’s treatment of its Russian-speaking minority on Wednesday, one day after Russia formally annexed Ukraine’s Crimea peninsula over similar fears of mistreatment.

“Language should not be used to segregate and isolate groups,” said Russia’s diplomat to the U.N. Human Rights Council, according to Reuters. He was objecting to Estonia’s longstanding policy that all of its citizens speak Estonian, including the Russian minority.

He added that he was “concerned by steps taken in this regard in Estonia as well as in Ukraine.” 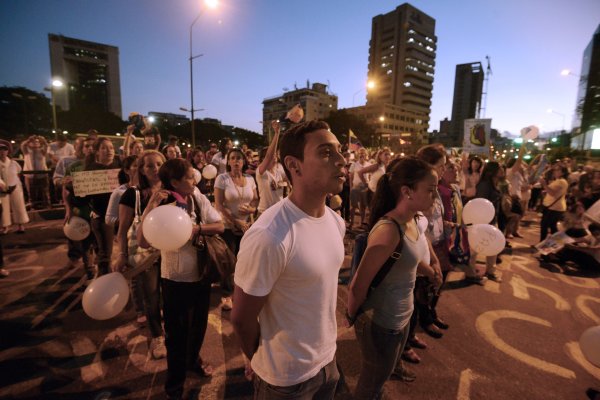 Venezuela Arrests One Mayor and Imprisons Another in a Widening Crackdown
Next Up: Editor's Pick