A new Doctor means it’s a great time for newbies to check out what the Doctor Who hubbub is all about — but before you say Allons-Y, Alonso, here’s everything you need to know about the show.

What is Doctor Who?

Doctor Who is a British show about a time-traveling, universe-exploring, world-saving alien called The Doctor. It first aired in 1963 through 1989, then it was rebooted in 2005 (there was also a made-for-TV movie in-between, but fans try not to talk about that). The ’05 reboot was pretty campy stuff at first, but the show’s production values have skyrocketed as it’s gotten more popular in the UK and, increasingly, stateside. Whether that means the show’s better, though, is the subject of many an excessively nerdy argument.

Who is this Doctor fellow, anyway?

He’s a Time Lord, a race of time-traveling aliens from the planet Gallifrey who were, once upon a time, galactic overseers — until they were driven mad by war. Time Lords look human enough, but they’ve got two hearts and can “regenerate” when they die.

Doctor Who writers get a new actor to play the Doctor by killing off the previous one and having him “regenerate.” That, in the show’s parlance, turns him into a mostly-new character who keeps the prior Doctors’ memories and some basic characteristics, but gets a new body, face, voice, mannerisms and motivation.

Thanks to regeneration, Peter Capaldi’s Doctor is the thirteenth of the lot. There was originally a rule about Time Lords only getting 12 versions of themselves, but then something, well, timey-wimey happened, and voila! (“Timey-wimey” is the twelfth Doctor’s explanation for any weird time-travel stuff that’s hard to explain to us humans. It’s also a nifty device for lazy writers!)

Anyway, the Doctor is kind of the last of the Time Lords (again, timey-wimey). He’s long taken a liking to Earth and mankind, and he’s sworn to protect humanity from a whole host of intergalactic threats — and mankind itself. He’s a pretty complex emotional figure, varying between righteous, loving and heroic to elf-doubting, regretful, defensive and downright hostile, depending on whatever’s happening at the moment. He could probably use an intergalactic therapist, honestly.

What’s the Doctor’s real name, though? Only his wife knows that. And, well . . . spoilers, sweetie.

I heard something about a blue police box.

That would be the Doctor’s ship and time machine, the TARDIS, short for Time and Relative Dimension in Space. It’s stuck looking like an old-school blue British police box because of a faulty chameleon circuit, which is supposed to help the ship blend in with its environment wherever the Doctor lands in space and time.

The TARDIS gets an internal makeover with every new Doctor. The ship, which the first Doctor stole from the other Time Lords, is also semi-sentient — in what’s among the best modern Who episodes (written by sci-fi master Neil Gaiman), the TARDIS possesses a humanoid body and “meets” the Doctor for the first time.

Oh, and the TARDIS is bigger on the inside.

Ah, the Sonic Screwdriver. Every Doctor’s got a different one. They’re not quite a weapon; they’re more of a tool. They make a cool noise, trigger electronics, and sometimes save lives.

Who are the Doctor’s enemies?

That’s a mighty long list. The baddest of the bad are Daleks, genetically-modified organisms that live inside trashcan-looking killbots of death and want to exterminate all other forms of life. There’s also the Cybermen, cyborgs who assimilate living beings (think Star Trek’s Borg); the Weeping Angels, super-fast beings who want to suck the time energy out of you but who turn into unmoving stone when you look at them (important safety tip: don’t blink), and other Time Lords, like The Master, who’s more or less flat-out insane.

But basically, The Doctor foils so many a bad guy’s plan that he’s got lots and lots of enemies out there.

Sounds rough. Has he got any friends?

The Doctor almost always has one or two “companions,” friends or sometimes love interests that spend several episodes (or entire seasons) traveling through all of space and time with him. The most recent Doctor Who incarnation often features season-long subplots revolving around these companions that are often made apparent well after the companions were first introduced. Sometimes the show will even introduce a character who seems like he or she will be a one-off, only to bring them back as a full-blown companion later on: That happened with The Doctor’s current pal, Clara Oswald — a.k.a. Souffle Girl. (It’s hard to explain.)

Where did the show leave off?

The 50th anniversary special gave us a new, previously unknown warrior-like incarnation of The Doctor, as well as plenty of new backstory about the character’s past. It was really good — but then the end of the last Doctor’s reign (played by Matt Smith) a few episodes later fell short, leaving unanswered lots of questions about The Doctor’s fate, purpose and mission. A new season with a new Doctor means the writers get a chance to move things along, hopefully making Saturday’s episode a great opportunity for new fans to jump in. 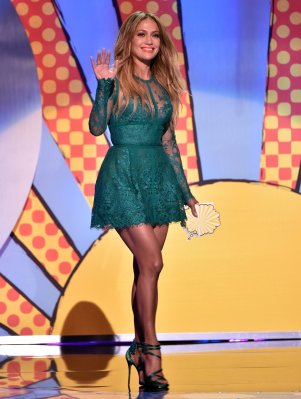 See What's Next For Jennifer Lopez's Love Life
Next Up: Editor's Pick