Here's What Sgt. Bowe Bergdahl Plans to Do After Investigation Ends

Sgt. Bowe Bergdahl plans to pursue a college education after the investigation into his disappearance in Afghanistan is completed, his lawyer said Tuesday.

The army sergeant who was held prisoner for almost five years by the Taliban feels like he is in a holding pattern and wants to get on with his life, Bergdahl’s attorney Gene Fidell told CBS News.

Maj. Gen. Kenneth Dahl, the Army investigator assigned with establishing the facts behind Bergdahl’s disappearance from a military post in Afghanistan in 2009, has said he will likely submit his report in September, later than anticipated.

“If it’s not soup yet, it’s not soup, and the only person who can make that determination is Major General Dahl,” Fidell told CBS.

Several soldiers have accused Bergdahl of abandoning his post before he was captured by the Taliban, which could result in desertion charges. 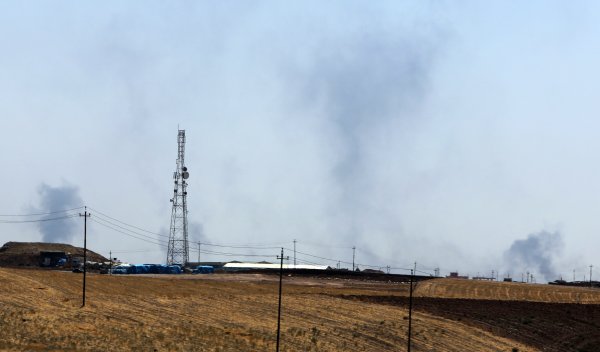 Dam Yankees: U.S. Steps Up Bombing in Northern Iraq
Next Up: Editor's Pick