BKS Iyengar, the Indian yoga guru who helped make yoga a popular practice in the United States, died Wednesday at the age of 95.

Iyengar, who was on TIME’s 2004 list of the 100 most influential people, was admitted at a hospital in Pune, India after being admitted for breathlessness, the Times of India reported. A photo of the smiling yoga guru appeared on his website with the words “I always tell people, ‘live happily and die majestically.'”

Iyengar started practicing the 2,000-year-old tradition of yoga after a series of childhood illnesses and began teaching in the 1930s, according to USA Today. His students included the violinist Yehudi Menuhin and the American actress Ali MacGraw. He wrote books on yoga that helped spread the practice to the West, including the seminal “Light on Yoga” which was translated into 18 languages.

Actor Michael Richards described Iyengar’s technique for TIME in 2004: “Iyengar teaches practitioners to lavish attention on the body. The goal is to tie the mind to the breath and the body, not to an idea,” he wrote. “His philosophy is Eastern, but his vision is universalist. You can incorporate Iyengar into your life and yoga practice—but ultimately we’re Westerners on Western soil.” 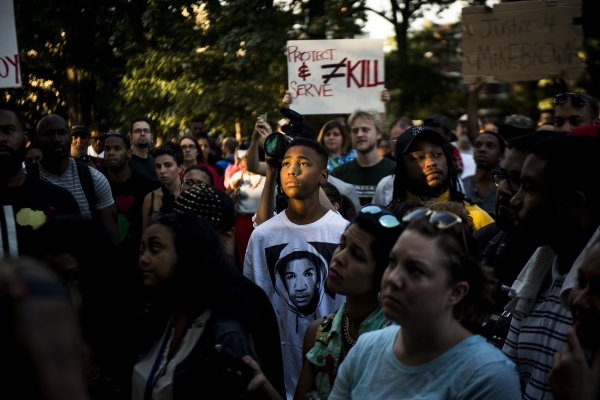 Ferguson Shooting Inspires Vigils Across the Country
Next Up: Editor's Pick