Mark Wahlberg is seen on the set of 'Ted 2' on August 08, 2014 in Boston, Massachusetts.
Stickman/Bauer-Griffin—GC Images
By Melissa Hellmann

Mark Wahlberg may be offered a role in a forthcoming movie based off of the 2010 BP oil spill. Deepwater Horizon will be directed by J.C. Chandor for Liongate’s Summit Entertainment, industry news site Deadline Hollywood reports.

The Hollywood Reporter also says that Wahlberg is in talks with Lionsgate, and says the parties have not begun negotiating a deal.

The movie, which will be a dramatization of a New York Times article entitled Deepwater Horizon’s Final Hour, details the 48-hours leading up to and shortly after the disaster, Deadline Hollywood reports.

The BP oil rig exploded off Louisiana’s coast in the Gulf of Mexico, killing 11 people and injuring 16 others, in what is considered the worst marine oil spill in history.

Wahlberg, who recently played in Lorenzo di Bonaventura’s Transformers: Age of Extinction, would star as a manager who tries to rescue his crew after the rig explosion. The film will be produced by di Bonaventura and Mark Vahradian and is set to begin production by the summer of 2015. 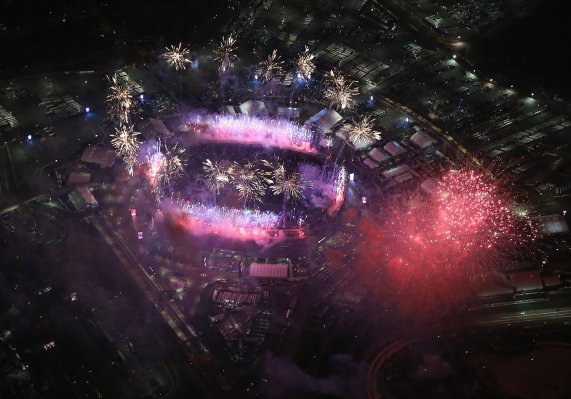 5 Best Reactions to the NFL's 'Pay-to-Play' Superbowl Halftime Scheme
Next Up: Editor's Pick