Palestinians stand atop the rubble of a house, which witnesses said was destroyed in an Israeli air strike, in Rafah in the southern Gaza Strip on August 20, 2014.
Ibraheem Abu Mustafa — Reuters
By David Stout

Fighting in Gaza continued into the early hours of Wednesday morning after talks between Israel and Hamas over a cease-fire collapsed in Cairo.

The negotiations in the Egyptian capital came to an abrupt end after three rockets were fired from Gaza into Israel eight hours before the latest truce was set to expire. Hamas denied launching the initial barrage of artillery on Tuesday night, but later claimed responsibility for rockets fired at Tel Aviv and Jerusalem.

Israel responded to the salvos with renewed airstrikes into the Gaza Strip and pulled its negotiation team from Cairo, where it had been engaged in talks with Palestinian representatives over the establishment of a prolonged truce.

“The Cairo process was built on a total and complete cessation of all hostilities and so when rockets were fired from Gaza, not only was it a clear violation of the cease-fire but it also destroyed the premise upon which the talks were based,” Mark Regev, the spokesperson for Israeli Prime Minister Benjamin Netanyahu, told Reuters.

On Wednesday, Israeli Defense Forces spokesperson Peter Lerner accused Hamas of firing 70 rockets into Israel since Tuesday. No Israeli causalities have been reported since the hostilities reignited. Israeli officials went on to label Hamas’s actions as a “grave and direct violation” of the truce.

“This is the eleventh cease-fire that Hamas has either rejected or violated,” tweeted Regev.

Meanwhile, the BBC reported that Hamas accused the Israelis of attempting to “assassinate” one of the group’s top military commanders, Mohammed Deif, during an air raid in Gaza City that reportedly killed his wife and child. There has been no confirmation whether Deif was also killed during the strike.

Following ten days of relative calm in the battle-fatigued strip, where more 380,000 people are displaced, Hamas and Israel remain at loggerheads, with both parties continuing to make demands that neither side appears willing to accept.

“On the Israeli side, you have a demand that is not going to be implemented under any circumstance — and that’s the disarmament of Hamas,” Nathan Thrall, a senior analyst with the International Crisis Group’s Middle East and North Africa Program, tells TIME.

“And on the Hamas side you have a demand that is not going to be implemented under any circumstances and that’s a full lifting of the what Hamas calls the blockade or siege of Gaza.”

Approximately 2,000 Palestinians and more than 60 Israelis have been killed in the month-long war between Hamas and Israel. However, analysts suggest that the worst fighting may, at least for the time being, have passed.

“I think that there is a real sense of exhaustion with this conflict on all sides,” says Thrall. “The most likely scenario is that the most violent period of this conflict is behind us, but no one can predict for sure.” 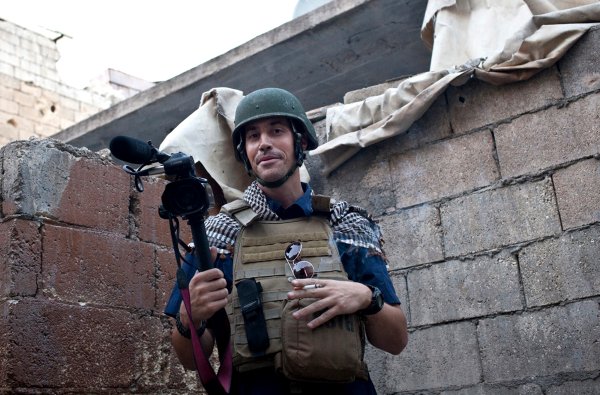