A Liberian burial team wearing protective clothing retrieves the body of a 60-year-old Ebola victim from his home on Aug. 17, 2014 near Monrovia, Liberia.
John Moore—Getty Images
By Per Liljas

The main agency fighting the Ebola outbreak in West Africa is lashing out at the international response, calling it “non-existent.”

“We are completely amazed by the lack of willingness and professionalism and coordination to tackle this epidemic,” Brice de le Vingne, the operations director of Doctors Without Borders, told the Financial Times. “We have been screaming for months. Now the situation is even worse – we are today on the verge of seeing an entire country collapsing.”

An estimated 2,240 people have been infected with the virus in Guinea, Sierra Leone and Liberia since it first surfaced in March, and more than half of the afflicted have died. Doctors Without Borders (MSF) describes the current situation in Liberia as “catastrophic” and continuously deteriorating. The country has closed its borders, declared a state of emergency and on Tuesday it imposed a curfew on the main slum area in the capital of Monrovia, where Ebola panic has lead to public unrest.

Fear of infection has compounded the disaster, with workers and patients fleeing Monrovia hospitals in recent days, leading to an almost complete collapse of the health system and causing increased risks for other diseases such as malaria.

To be fair, many countries and organizations are sending aid to the affected region. The African Development Bank has pledged $56 million, the United Kingdom has increased its assistance to $8 million, China has sent supplies worth $4.9 million, E.U. support stands at $15.8 million, and the U.S. has pledged the same amount of aid as well as deployed a Disaster Assistance Response Team (DART). According to MSF, however, that’s far from enough.

“Leaders in the West are talking about their own safety and doing things like closing airlines – and not helping anyone else,” Brice de la Vingne told the Guardian, comparing it with the rapid international response to the earthquake in Haiti, where 300,000 people died. “You need very senior people with high profiles, the kind of people who can coordinate a response to a million people affected by an earthquake.”

A million people are currently residing in quarantined regions and are at risk of not receiving adequate supplies of food and water, although the World Health Organization said Tuesday that it had started delivering food aid to hospitalized patients and quarantined districts, in cooperation with the World Food Program. This aid will continue for another three months.

However, the biggest unmet need is for additional well-trained health workers. Professionals on the ground are exhausted, and several hundred have died in part because of a lack of training. MSF and other organizations are stretched to breaking point, some of them because of their involvement in other crises. USAID, for example, is responding to four humanitarian crises at the same time: South Sudan, Syria, Iraq and the Ebola outbreak. It must also weigh up whether to put people at risk.

“There may be a lot of well-intentioned medical staff in the world, but this is Ebola,” DART leader Tim Callaghan told the development web site Devex.

MSF president Dr. Joanne Liu told told the New York Times that it is also more difficult to recruit medical professionals to deal with Ebola than for any other emergency, because of the risk of infection and the dangers of giving constant care to the patients. “You have to learn to live with fear,” she said. 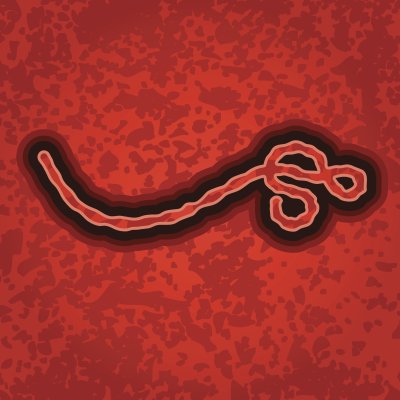 Patient Tested for Ebola at California Hospital
Next Up: Editor's Pick