Texas Gov. Rick Perry turned himself in at the Travis County Courthouse Tuesday on two felony charges of abuse of power.

Perry, who has vowed to contest the charges stemming from a threat and ultimate veto of funding to the state’s public integrity unit, surrendered himself to Sheriff’s deputies to be fingerprinted and have his mug shot taken. Perry is scheduled to be arraigned on Friday.

Perry was indicted for threatening and then ultimately vetoing funding for the unit after its head, District Attorney Rosemary Lehmberg, was arrested on charges of driving while intoxicated. Perry demanded that Lehmberg resign and, when she refused, vetoed the funding.

“I am going to enter this courthouse with my head held high knowing the actions I took were not only lawful and legal, but also right,” he added.

The governor and potential 2016 presidential candidate has hired a high-priced legal team and deployed his political machine in his defense, which has become a rallying point for Republicans across the country. Democrats, including former Obama strategist David Axelrod, have also expressed doubts about the merits of the prosecution.

Perry cast the criminal complaint as “an attack on our system of government,” arguing it was well within his rights to veto the funding. “If I had to do so, I would veto funding for the public integrity unit again,” he said.

“I’m going to fight this injustice with every fiber of my being,” Perry said before turning to enter the courthouse. “And we will prevail.”

After he left the courthouse, Perry tweeted that he went to purchase an ice cream cone. 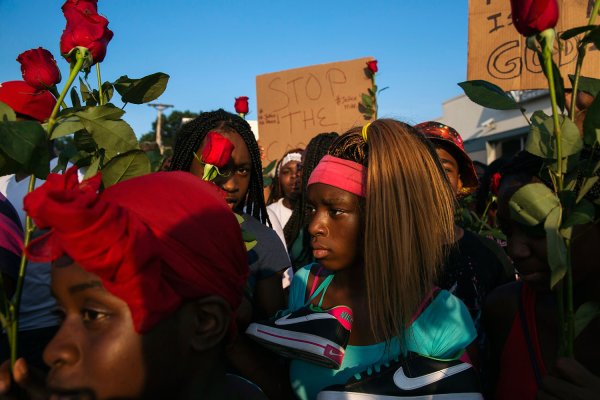 Ferguson Probe Will Take Time
Next Up: Editor's Pick