Alison Lundergan Grimes, the Democratic Senate candidate who hopes to unseat incumbent Senate Minority Leader Mitch McConnell, came under fire on Tuesday after a report in Politico suggested her father may be renting out a 45-foot campaign bus to the candidate at a discounted price.

If true, the rented bus could spell trouble for Grimes with the Federal Election Commission. If the contribution was found to be in violation of federal law that prohibits accepting goods and services at prices below market value, her campaign would have to pay a hefty fine.

Politico’s analysis found that Grimes’s campaign paid about $456 a day for a bus used between last August and June owned by a company belonging to Jerry Lundergan, Grimes’ well-connected dad. Politico found four bus companies that typically charge between $1,500 and $2,000 a day to rent similar buses, and reported Senate Minority Leader Mitch McConnell’s campaign paid about $2,200 a day to rent a similar bus earlier this summer.

In a statement sent to TIME on Tuesday, Grimes’ campaign lawyer Marc Elias denied the campaign had received a sweetheart deal for the bus. “The campaign obtained quotes for the rental cost of a comparable vehicle from other providers in the Kentucky and regional market, and arrived at a reasonable reimbursement cost. We have reviewed the campaign’s methodology and agree that it complies with the applicable rules.”

The McConnell campaign jumped at the opportunity to criticize Grimes over Politico‘s allegations. “The revelation that Alison Lundergan Grimes has potentially accepted large, illegal gifts and services from her father, Jerry Lundergan’s corporate interests is shocking and should set off warning bells for all Kentuckians concerned about ethics in public office,” McConnell’s campaign manager Jesse Benton said. 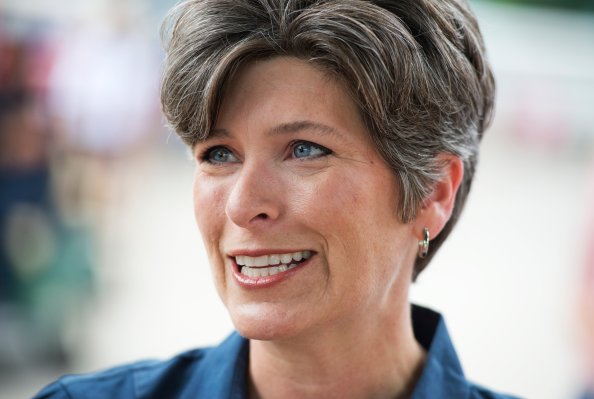