(Not Very) Bold Prediction: $200 Laptops Aplenty for the Holidays

Sure, laptops dip down to the $200 during super sales like Black Friday. And snagging a $179 Chromebook — Chromebooks are laptops too, you know — is now a relatively easy feat to achieve. Remember netbooks? Those things were known to flirt with the $200 price point toward the end of their collective lifespan, occasionally breaking through it entirely.

But the holidays this year will look different. Instead of searching, waiting, hoping — stampeding! — for a $200 computer, you’ll actually have a fair amount to choose from, and they’ll likely be in stock and regularly priced around $200 or less.

Over at GigaOM, Kevin Tofel passes along news of the so-called HP Stream 14, which was supposedly leaked to German blog Mobile Geeks. The Stream is apparently a 14-inch Windows laptop with very Chromebook-like innards that comes with 100 gigabytes of storage for two years, just like Chromebooks.

Microsoft doesn’t want to see Chromebooks continue to erode its share of low-end laptop sales. That’s straight from the horse’s mouth: As the Verge reports, Microsoft COO Kevin Turner recently said, “We’ve got a great value proposition against Chromebooks, we are not ceding the market to anyone.”

If that sounds aggressive, get this: Turner alluded to 7- and 8-inch models in this HP Stream line going for around $100 during the holidays. Aggressive indeed.

While ever-falling component costs lead to cheaper and cheaper computers, Bloomberg reported earlier this year that the licensing fee Microsoft charges hardware makers to use Windows on their machines has reportedly dropped exponentially for systems in the sub-$250 price range. It apparently dropped from $50 down to just $15, which of course paves the way for lower retail prices as well.

It’s the perfect storm: Chromebooks are popular low-end machines, and Microsoft wants to stem the tide. These aren’t going to be the most powerful computers in the history of computing, but if you’re looking for something that can handle simple tasks like email and web surfing on the cheap, you’ll have plenty of options later this year. 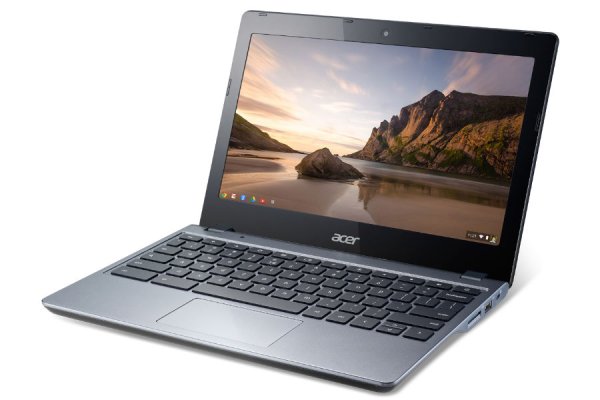 Need a Cheap Chromebook? Here's How to Pick One
Next Up: Editor's Pick