Journalists and their supporters stand in a five minutes silent around a huge banner reads " They can't kill us all " during a rally outside the government headquarter in Hong Kong, March 2, 2014
Vincent Yu—AP
By Charlie Campbell

Just three weeks after noted Hong Kong editor Kevin Lau was stabbed in the street, masked men set upon two newspaper executives with iron bars — the latest attack in the only city in China accustomed to freedom of the press.

The assault took place on Thursday, outside the Hong Kong Science Museum in the tourist-friendly Tsim Sha Tsui area of Kowloon. The victims were executives for the soon-to-be launched Hong Kong Morning News. The four assailants then sped away in a car.

The brazen nature of this attack has increased concerns for media freedom in the Chinese Special Administrative Region, or SAR.

“This latest incident only underscores the deepening shadows being cast over the media landscape in Hong Kong from violence, intimidation and interference by political and commercial interests,” read a statement from Hong Kong’s Foreign Correspondents’ Club.

Hong Kong Journalists Association chairperson Sham Yee-lan struck a defiant note. “Increased violence against the media is very intimidating for the industry as a whole,” she said, “but at the same time, as we saw with the recent rally, this type of violence gets the industry more united.”

Hundreds marched on Mar. 2 to protest the earlier attack on Lau, the former editor of the Chinese language daily Ming Pao, consistently one of Hong Kong’s most trusted newspapers.

On Feb. 26, Lau was slashed six times on the back and legs, inflicting horrific wounds including one gash 16cm (6in) long. His attacker then sped away on the back of a motorbike ridden by another person, in what was described by police as a “classic Triad hit.” (Triads are Hong Kong’s organized criminal gangs.)

Lau was replaced as chief editor by Malaysian journalist Chong Tien Siong in January, prompting a furious response from staff. He was moved to a new post within the group’s e-books and teaching materials division, in a shift many said was punishment for aggressively pursuing corruption and human-rights stories deemed embarrassing to Mainland China.

Ming Pao is owned by Malaysian tycoon Tiong Hiew King, who has business interests in China. After the attack on Lau, the company offered a $120,000 reward for information leading to arrests.

Eleven people have so far been arrested in connection with the attack on Lau, including two suspected “hitmen” with ties to the Triads. However, police commissioner Andy Tsang Wai-hung has come in for criticism, after he initially said that there was “nothing to tie the attack directly to Lau’s journalistic work.”

“Saying that the attack was not related to his job … somehow gives the public the impression that Kevin is hiding something, which is absolutely not true,” says Sham.

Ronny Tong, a Hong Kong legislator and barrister, tells TIME that his confidence in the police “is beginning to wane” and officers should concentrate on finding rather than interpreting evidence.

“For [Tsang] to suggest there is no evidence that the attack has anything to do with his work with the press seems to suggest that his mind is made up, which is regrettable,” says Tong.

Although Hong Kong, as a SAR, enjoys markedly less censorship than the mainland, it does boast an incongruous history of attacks on journalists and media personalities.

Nevertheless, Tong says things never have been “as serious” as the present climate. “We have almost reached a critical moment in the history of Hong Kong,” he says. “The media is under unprecedented attack.”

Hong Kong was ranked 61st in the world for press freedom in 2014, down from 18th place when Reporters Without Borders complied its first survey in 2002. 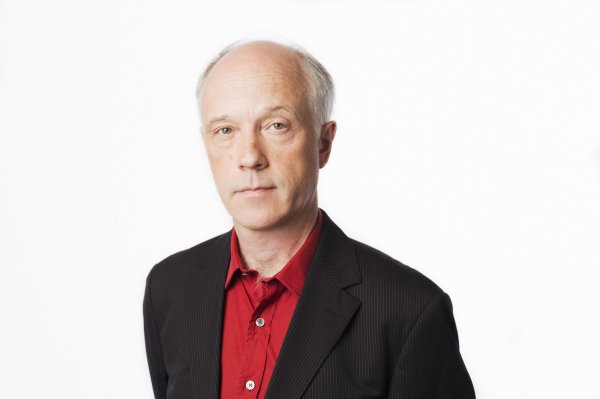 Western Journalist Shot Dead in Afghanistan
Next Up: Editor's Pick