Ferguson Pastor: How to Handle a Confrontation With the Police

Every parent has had “the talk” at some time or another. All of us, no matter what our socioeconomic situation, race or ethnicity, have sat across from our children and shared with them what to do or how to behave when faced with the sometimes troubling realities of life. There is no script that tells us what to say, where to stand or how to feel. Despite this, as parents know, we try to equip our children for when these inevitable yet unpredictable situations arise.

As a pastor and community leader in Ferguson, Missouri, I have tried to keep protestors out of harm’s way. Within African-American communities and families, “the talk” too often has been a cautionary tale of how to respond to the police – how to navigate the precarious relations between citizens and those who are supposed to protect and serve the community.

Like many young men, when I was beginning to drive, my father sat me down and told me what to do if ever pulled over by the police. I was to present myself respectfully and do whatever was asked of me in order to remove myself from the immediate situation—to get out of harm’s way. He also taught me to be observant, and to get a badge number or an officer’s name if possible so that there would be a means to protect myself should it come to that. Unfortunately, I have had to use my father’s instructions throughout my life. I have been stopped while driving as a teen, as a university student, and just weeks ago.

My own experiences with the police are not much different from that of anyone else. I have been pulled over for just cause. Who hasn’t? But the reality is that you do not have to have done anything wrong to be stopped. Most recently, an officer followed me for about a quarter of a mile before turning on his siren lights. I was stopped for not having two license plates and got off with a warning. But throughout this encounter, I replayed my father’s instructions in my mind.

Anytime I am pulled over, I turn down my music and sit still. I make my hands visible. While I look in the direction of the officer, I rarely make eye contact. I usually have my ID, registration and insurance card ready. But if I don’t, I ask permission to reach into my console before doing so. Through my body language, I try to show deference to the officer. And I will often share that I am a pastor, to try to diffuse the situation. However, even that has the potential to be received as dangerous. A sharp mind can be considered a threat to the police.

Most people think you must have done something in order to be stopped. But that is not always the case. My father’s advice and the advice of many parents is don’t give the police probable cause. Don’t even put yourself in the situation where police can get handcuffs on you because they will put them on as tight as they can. Because if they stop you for anything, they will find something.

The talk my father gave me as a teen was a natural progression of regular talks that began as a small boy. The earliest version of this talk was to simply follow directions. His advice helped shape my encounters with police, and I have drawn on his wisdom in my own conversations with my children, especially my teenage son. And I know it will not be the last conversation I have with either my son or daughter on the subject. This is our reality.

My conversations with my children focus on ways in which they might be able to succeed and thrive in a challenging world, not just on surviving a particular situation. Our talks are about recognizing the dangers lurking around the corner, while also creating a way of being in the world. Above all else, these talks are about my desire to protect my children.

Situations like the one we face in Ferguson are not isolated incidents in our country, or even our world. For so many families across the country, these conversations are a regular occurrence. My role as a pastor and community leader is to not tell people what to think, but to encourage them to ask questions and to use the community as a resource. There is no one-size-fits-all guide. The talk I have with my children will sound different than yours. If you do not know where to begin, seek out faith communities, veteran parents, social workers and teachers in your school system. There are people willing to guide you through this rite of passage.

There is a whole lot of talk going on right now. The shooting of Michael Brown has fueled conversation at the national level. At some point, the cameras and reporters will go home and the headlines about Ferguson will recede. And parents will still sit across from their children and begin “the talk.” As a human being, and as a citizen, pastor and father, I am invested in what that conversation sounds like. I think you should be, too.

A third-generation educator, Dr. F. Willis Johnson is senior minister of the Wellspring Church in Ferguson, Missouri, a predominately African-American intergenerational urban church plant. He was educated at United Theological Seminary in Dayton. 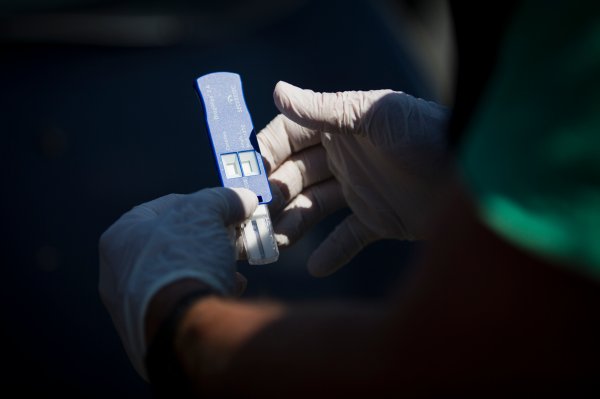 Why Drug Testing Welfare Recipients Is a Waste of Taxpayer Money
Next Up: Editor's Pick