Back in June, 19-year-old Robert Burt was charged with driving under the influence. When the Pittsfield, Maine, resident showed up to begin his two-day jail sentence this month, he wore a shirt one of his co-workers had so generously made for him following the arrest. That shirt featured Burt’s original mugshot.

Upon arrival, Burt had to pose for a booking photo, resulting in one marvelously meta moment.

Sadly, the second mugshot does not show the entire shirt, which includes a second photo:

We thought Macaulay Culkin was the Meta T-Shirt King, but Mr. Burt here is really giving him a run for his money. 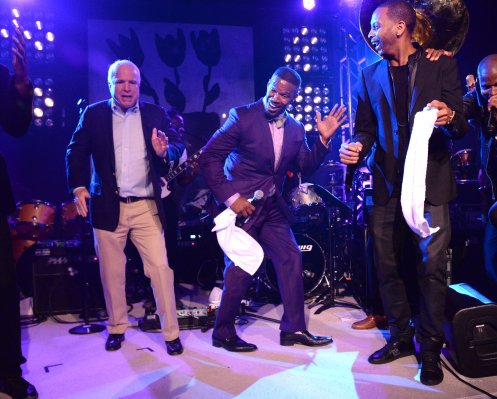 Watch John McCain Dance The Robot Like No Politician Has Danced The Robot Before
Next Up: Editor's Pick