Democrats Out Fundraise Republicans in July

Both the Democratic House and Senate campaign committees say they had their best July ever, out-raising Republicans by millions with only a couple weeks left before the election. Democrats have a rocky road ahead of them this election, with tough races in at least nine states that could swing either way this November.

The main driver of the DCCC’s success has been those alarming DCCC fundraising emails, which brought in $7 million in online donations in July. Democratic leaders including House Minority Leader Nancy Pelosi have also been on a fundraising blitz, hosting and attending events around the country. President Obama set to attend his tenth DCCC event in Rhode Island later in August.

The Democratic Senatorial Campaign Committee (DSCC) also boasts similar fundraising results, raising $7.7 million this July. The DSCC has a reported $32 million on hand for the ongoing battle to maintain control of the Senate. The National Republican Senatorial Committee raised $5.5 million in July and has a reported $26.6 million on hand. With 46 seats likely to stay Republican next cycle and toss up elections in a handful of consistently red states, regardless of the end-of-summer fundraising boost, Democrats face a tough road ahead of November’s election. 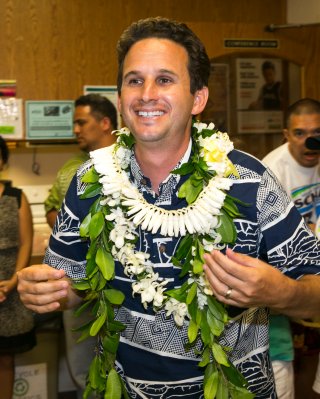 Hawaii Voters Elect to Keep Democratic Senator in Office
Next Up: Editor's Pick