A general view of a Merkava tanks near the Israeli border with the Gaza Strip, 11 August 2014.
Abir Sultan—EPA
By Mirren Gidda

A poll of Israeli public opinion in the aftermath of the ground invasion of Gaza finds overwhelming approval of the military operation among Israeli Jews.

A total of 92% of Israeli Jews agreed that Operation Protective Edge was justified, according to the monthly Peace Index poll published Tuesday by the Israel Democracy Institute, an independent think-tank, and Tel Aviv University. The survey found that even amongst self-described left-leaning Israeli Jews, 67% thought the operation was justified.

But Jewish Israelis weren’t so unified on the question of whether the Israel Defense Forces used the appropriate amount of firepower in its operation. While 48% thought the amount was just right, some 45% think too little firepower was used. 6% felt the IDF used too much.

Published two weeks after Israel announced the withdrawal of all ground troops in Operation Protective Edge from Gaza on Aug. 5, the poll found that just 13% of Israeli Arabs believed the government had achieved most or all of its goals, compared with 44% of Israeli Jews.

As Israeli and Palestinian leaders meet to discuss a cease-fire the real question is whether peace will be brought to the troubled region. Sadly 71% of Israeli Jews thought chances were low that Operation Protective Edge would lead to three or more years of quiet from Gaza. Amongst Israeli Arabs the figure was 49%. 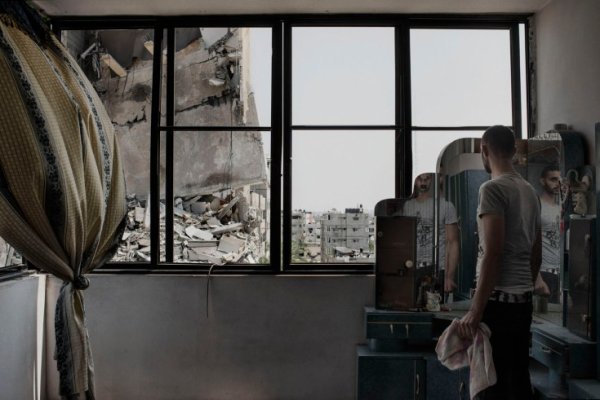 Hamas Warns of 'Long War' If Demands Not Met
Next Up: Editor's Pick