Having Good Neighbors Could Reduce Heart Attacks in the Over-50s

A patient has a medical check-up in Lille's Institut Pasteur (IPL) in France.
BSIP/UIG—Getty Images
By Melissa Hellmann

A new study by researchers from the University of Michigan appears to suggest that close community ties reduce heart-attack risk for people over 50.

Researchers say previous data shows that some aspects of a person’s neighborhood — such as the amount of violence and the prevalence of fast-food restaurants — can elevate heart-attack risk, but this is the first study that reveals the cardiovascular benefits of “neighborhood social cohesion,” reports AFP.

The research, which was published in the Journal of Epidemiology and Community Health on Tuesday, monitored the cardiovascular health of 5,276 participants who were over the age of 50 and had never had a heart attack.

The participants, who were mostly married women with an average age of 70, were involved in an ongoing Health and Retirement Study in the U.S. Beginning in 2006, participants were asked to rate, on a seven-point scale, whether their neighbors were trustworthy, reliable and friendly, and if they felt connected to their community. During the study, 148 of the participants had a heart attack.

Although data was adjusted to account for variables such as age, race and income, the four-year study revealed that every mark-up in neighborhood cohesion on the scale led to a 17% reduction in the odds of heart disease, according to the Health Medicine Network. The study’s co-author Eric Kim told AFP that those who gave a full score out of seven had a 67% reduced risk of heart attack.

Researchers admitted, however, that the study had limitations, like a lack of access to the participants’ family histories of cardiovascular disease. “This is an observational study, so no definitive conclusions can be drawn about cause and effect,” researchers emphasized. 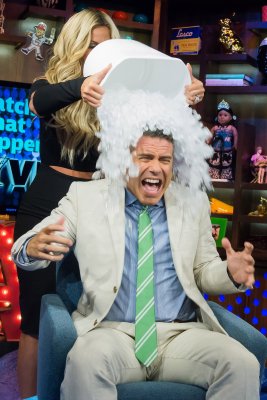 The Viral Ice Bucket Challenge Has Raised $15.6 Million For ALS
Next Up: Editor's Pick