How Sleeping in Separate Bedrooms Could Save Your Relationship

When my boyfriend and I were looking at our first apartment together last year, the number-one thing we decided we needed in order to get along was…separate bedrooms. Hear me out. We’d tried sharing his king-size bed early in our relationship — resulting in little to no sleep for both of us. Even today, we have to do it every once in a while in a hotel room, and it’s a challenge (cut to me riding out a bout of insomnia by reading in the bathroom at 3 a.m.). Separate bedrooms aren’t just a requirement for getting our Zs, they are the way we carve out private space in our otherwise-joined lives.

We’re not the only ones. Arianne Cohen recently proclaimed that sleeping in her “woman cave” (a.k.a. guest room) helped save her marriage. Jennifer Adams is such an advocate of the two-room solution that she’s devoted a blog, Sleeping Apart Not Falling Apart, to the cause, and has written a book of the same name.

For me and my boyfriend, there are several reasons for separate beds, but I want to knock out the first one that comes up whenever I tell anyone — friend, stranger, therapist — about our arrangement. We don’t do this because we aren’t attracted to each other, or any other obvious relationship red flag. It’s not that at all.

First, we are very different kinds of sleepers. I like to sprawl out under the covers and take up as much space as possible. My boyfriend, who’s a big guy, has a special sleep-number bed that he’s calibrated to fit his body. Whenever he sleeps anywhere else, whether that’s in a hotel room or his parents’ guest room, he sleeps poorly. When we try to snooze inches from one another, we are far too aware of the other person’s body. I react to his talking in his sleep; he hears me snoring.

And, I don’t know about you, but when I don’tget enough sleep (for me, enough is much closer to eight than six hours), I’m not that fun to be around. I’m cranky, hungry, and tired. Schedules play a role, too: He leaves for work at 7 a.m., while I’m a work-from-home freelance writer who sometimes stays up past 2 and sleeps ’til 9.

Plus, on top of being opposite sleep types, we’re also opposite living types — he’s a neat freak and I’m a hoarder. His room has what feels, to me, like tons of empty space. Mine is packed with belongings, many of which find their way into my bed. I invariably share my sheets with several books, my laptop, my cell phone, and a Hello Kitty stuffed animal. For him? Sheets, blankets, and pillows will do.

(MORE: I’ll Admit It: I Hate Relying On My Boyfriend)

I made the transition to living with a partner for the first time at age 37, after living alone for seven years. If I’d had to go from being the queen of my castle to trying to live up to his standards of decluttering, I’d go insane. I can handle it in the common areas, but I need some space just for me in which I can decide where things go without having to answer to anyone else. While I wouldn’t go as far as Chris Illuminati and say that every couple should sleep in separate beds, it’s an option worth considering for any pair with mismatched habits.

Still, it’s less about where we rest our heads than what’s happening inside those heads. Sometimes, I want to be alone. It’s not that I don’t want to talk to my boyfriend, per se — I don’t want to talk to anyone. If we shared a bedroom, it would be much harder to carve out that necessary alone time without coming across as rude. Having those boundaries already drawn means that when we are together in bed it’s because we want to be, not just because it’s bedtime.

Shutting the door wouldn’t feel as satisfying if he had every right to open it whenever he wanted. That’s something I especially value when I’m having a tough day. He processes his low moments by talking them out; I do it by crying and I hate for anyone, even my partner, to see me when I do. Though I’m alone all day, sometimes I just want to read or think or have a private phone conversation, which I feel more comfortable doing in a space clearly demarcated as my own. In addition to supporting our emotional health in these many ways, separate rooms mean a faster recovery when we’re sick; we don’t pass our germs back and forth to each other in the night.

(MORE: Why I Stopped Stalking My Ex On FB)

While it may seem strange, separate bedrooms has meant that when we do join each other, usually in his bigger, more comfortable bed, it’s code for sexy time (or, at least, sexy talk). We spend plenty of hours curled up on our couch watching TV, or playing Wii bowling, but when we get under the covers we laugh, whisper, make out, and have sex. Maybe not every time, but in general, it’s our cue to turn off our phones and focus on each other (full disclosure: sometimes I need reminding of this). Do we sometimes lie side by side and read or look at our phones or tablets? Yes, but it’s still more intimate, because we are physically closer together and more likely to get it on than we would be separated by half a couch.

After sex, we do what I imagine most couples do — cuddle and talk — but there always comes a point, right as one of us is drifting off, where I kiss him goodnight and leave to go to my own room. That’s the invisible line between our shared and private time.

The other night, I tried to curl up in his bed (I do get jealous of his extra-soft blanket) and he affectionately recommended I keep it moving. While part of me wanted to experience the joy of waking up next to him, I knew he was being practical. For us, the fantasy of spending the night in the same bed will always trump the reality. Instead, I shuffled off to my room, where I get to take up as much space as I want, sleep with the lights on if I so desire, and surprise him in the morning after we’ve each gotten the night of sleep we deserve. And for this twosome, that “arrangement” sure feels like love. 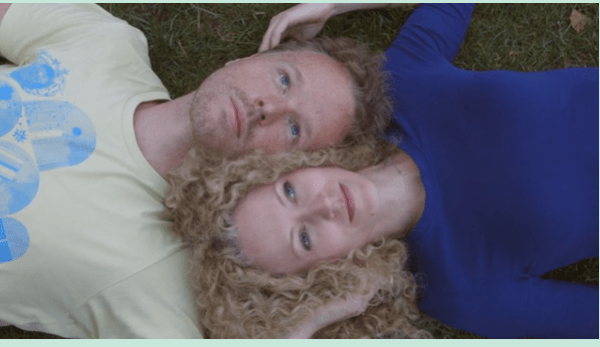 Cuddlr Is a 100% Real App for Spooning With Random Strangers
Next Up: Editor's Pick