Why We're So Obsessed With Distorting Disney Princesses

Cinderella with a black eye. Jasmine being sexually abused by her father. Minnie Mouse taking a hit off a bong. Belle drawn nude as Miley Cyrus on the infamous wrecking ball. The entire crew of Disney princesses behind bars. The handsome princes taking selfies of their junk.

Such depictions of Disney characters — and Disney princesses especially — have become so common online that female-friendly sites like Cosmopolitan and Jezebel have created “Disney princesses” sections and tags. But why have artists, bloggers and filmmakers suddenly become so obsessed with the corruption of these beloved figures?

The metaphor is rather obvious: by taking our treasured childhood icons and drawing them as depraved criminals and sex kittens, we turn “happily ever after” Disney ideals on their heads. Rape victims don’t get a happy ending. Those we saw as role models when we were children turn out to be seriously flawed human beings. And storybook romance is a myth: Gaston surely would have texted Belle some inappropriate photos in the age of the smartphone — he’s just that kind of guy.

Disney princesses have been icons for decades. And they’re not just cartoons, they’re franchises: there are princess-themed books, toys, games, movies, TV shows, lunch boxes, clothing lines…the list goes on. In 2012 alone, the franchise made $1.5 billion in U.S. sales, more than the Star Wars franchise ($1.46 billion). Writers like Peggy Orenstein have complained about Disney’s very specific definition of what girls ought to look like (tiny waisted, big-eyed, white features even if they are a different race) and do (find a prince, don’t kick-ass themselves) since 2006. In short, Disney princesses have been ripe for criticism and parody for years. So why is this trend emerging now?

We can likely blame Frozen, which resurrected the Disney princess pantheon. Though Princess and the Frog, Tangled and Brave all tried to replicate the hysteria surrounding the princesses from the 1930s-1950s (Snow White, Cinderella and Aurora—or, as I like to call them, the O.G. princesses) and those from the 1990s (Ariel, Belle, Jasmine, Pocahontas and Mulan, i.e. the “Second Coming” princesses) none succeeded at creating a truly iconic character. Frozen produced two such characters.

Frozen frenzy has elevated the princess merchandising to a level Disney could have only dreamed: the film earned a cool $1 billion at the box office, making it the No. 1 animated movie of all time. So many parents rushed to the Disney store to buy Frozen merchandise that it became scarce, and Elsa dolls started selling for as much as $1,750 on eBay.

Just about everyone has seen Frozen now, including 20-somethings (like me) who grew up with Disney’s second generation of princesses and are feeling pretty nostalgic as Elsa and Anna are placed on the pedestal alongside Belle and Jasmine. Luckily, we millennials have total command of the Internet, and, if Reddit is any indication, there’s nothing our generation likes better than 90s nostalgia, irony and R-rated material: hence the BuzzFeed list “Disney Princesses Twerking Will Shatter Your Childhood.” (Other BuzzFeed articles ruining your favorite childhood memories include “Pokemon from Hell” and “Watch a Curse-Filled Episode of ‘Dexter’s Lab'”.)

Sometimes the dichotomy of childhood innocence and corruption is employed for a cause, like the posters designed to call attention to how many minors are raped by family members. But more often than not, these parodies are created for mass consumption, and our appetite for them stems from a desire to force the characters from our childhood to grow up with us.

As a kid, I made my dad hold me up like Rafiki held Simba over his kingdom in The Lion King. I expect a similar obsession by young kids made Frozen the number one album for 13 weeks. I liked Frozen and I listened to the soundtrack, but I wasn’t obsessed. Seeing Disney princesses twerking doesn’t really replace re-enacting iconic scenes from my favorite Disney movies, but it sure gets me to click when I’m browsing through Facebook. 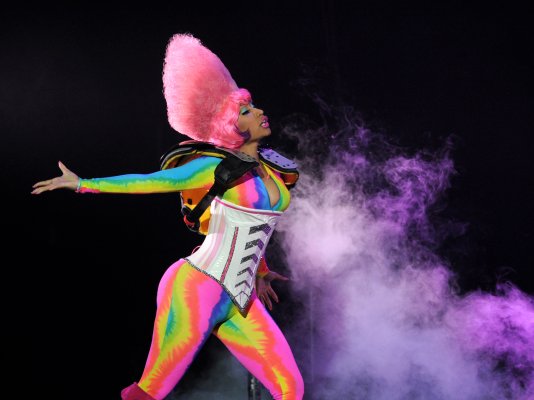