Newsbeat: Have People (and Machines) Read the News to You

Newsbeat is a new iPhone and Android app from Tribune Digital Ventures, an arm of the Tribune Company, publisher of such newspapers as the Chicago Tribune, the Los Angeles Times and Baltimore Sun. It lets you read a personalized feed of stories from these and other sources, with an interface that’s pretty much like the one you might guess it would have. But it also lets you listen to them, turning newspaper content into a news radio-like experience you can operate hands-free in your car. And the spoken stories come in two forms: those read by humans, and those generated using text-to-speech technology.

Tribune chose this dual approach because Newsbeat offers a lot of stuff: 7,000 articles a day, ensuring that you can listen to all you like without getting any repeats. The stories that are likely to get the most attention from app users get the real-person treatment, while others are read by machine. There are multiple human readers and multiple synthetic voices, including both male and female ones, approximating the sort of experience you’d get if you listened to a radio station with several hosts. (There are also radio-style ads.)

The notion of mixing real and simulated news anchors sounds jarring. But when I got a sneak peek at the app recently, it was smoother than I might have expected. As computer-generated voices go, Newsbeat’s aren’t too grating or devoid of emotion. And the real readers aren’t quirky types like This American Life‘s Ira Glass — they all have a brisk, professional but essentially anonymous quality that doesn’t contrast sharply with that of their robotic colleagues.

Former Yahoo and Google executive Shashi Seth, who heads up Tribune Digital, told me that Newsbeat’s closest counterpart is NPR — but “there really isn’t a product in the market today which is like this.” The company is planning to add more content from more sources — it’s already syndicating some from non-Tribune publications — and to further customize the listening experience. Right now, it lets you specify the news categories you care about and learns as you Like articles or skip over them, but you can’t listen to a stream on one subject, such as sports.

As for the quality of Newsbeat’s automated newsreading, Seth says that it’s already quite good — one of the synthetic voices, nicknamed “James,” does a particularly impressive job of avoiding robotic intonation. But Seth also acknowledges that there’s plenty of room for improvement. “Our job is to make the text-to-speech better and better over time,” he told me. “I think it can be done.” 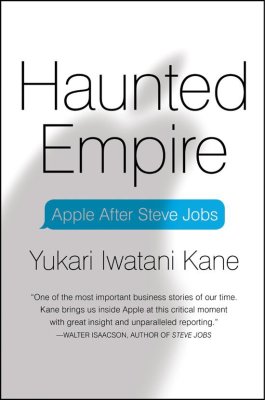 Haunted Empire: A Bad Book About Apple After Steve Jobs
Next Up: Editor's Pick