A Los Angeles Police officer wears an on-body camera during a demonstration for media on Jan. 15, 2014.
Damian Dovargane—AP
By Josh Sanburn

A California mayor is calling for the city’s police officers to use body-worn cameras following the fatal police shooting of an unarmed teenager that has sparked violent protests in Ferguson, Mo.

In a letter on Friday, Hawthorne Mayor Chris Brown announced that he would introduce an ordinance at next week’s city council meeting mandating all uniformed officers wear cameras on their uniforms.

“I am simply not willing to gamble with a single life, or the wrongful accusation of upstanding officers,” Brown wrote.

The letter comes a week after the fatal shooting of Michael Brown by Ferguson police, which has ignited riots and focused the nation’s attention on the St. Louis suburb. Missouri Gov. Jay Nixon deployed the National Guard on Monday to help keep order. No recording of Brown’s shooting exists, and some have called for more police units to use body-worn cameras, which capture virtually everything an officer sees.

Only a handful of police departments in the U.S. use wearable cameras, due in part to their expense and the limited evidence showing that they increase transparency and curb police misconduct.

While some law enforcement agencies have praised their use—including officials in Rialto, Calif., who they’ve significantly reduced use of force incidents and complaints filed against its officers—there are very few independent studies demonstrating their effectiveness.

Each camera costs an estimated $800 to $1,000. The police department of Hawthorne, located in Los Angeles County with a population of about 84,000, has roughly 100 officers. Cameras for each could cost the agency upwards of $100,000. 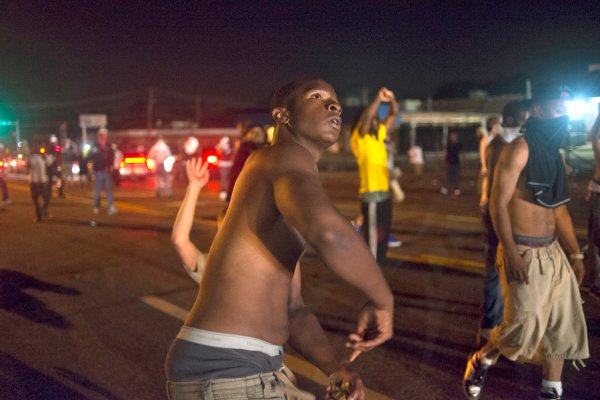