Meet Levi's Stadium, the Most High-Tech Sports Venue Yet

A general view during a preseason game between the San Francisco 49ers and Denver Broncos at Levi's Stadium on August 17, 2014 in Santa Clara, California
Ezra Shaw / Getty Images
By Tim Bajarin

Most people have heard of smartphones, smart cars and smart homes. Say hello to the smart stadium.

Set in the heart of Silicon Valley, Levi’s Stadium — home to the San Francisco 49ers — is now the most high-tech stadium anywhere in the world.

It’s in the center of the tech universe, of course, so it’s only natural that 49ers management decided to devote a significant sum of money to building high-tech infrastructure. The stadium will allow all 70,000+ fans to connect to Wi-Fi and 4G networks to take advantage of personalized services, making the event experience more enjoyable.

I had the privilege of attending the inaugural event at Levi’s Stadium, where the San Jose Earthquakes took on the Seattle Sounders in an MLS league game. About 49,000 people attended that event, well below the stadium’s 70,000+ seat capacity, so the game served as a dry run to work out some of the kinks. I also attended the first NFL game to be played in the stadium: the Denver Broncos came to town to help the 49ers christen the stadium in a preseason game on Aug 17. The first regular-season NFL game will be held there on Sept 14, and will serve as the official grand opening of the stadium.

What I discovered from these two experiences is that the 49ers’ stadium is indeed the most tech-advanced stadium in the world, using technology to make the fan experience much richer and more entertaining. Al Guido, the COO of the 49ers, told me that one challenge that’s been an issue in the NFL is that the amount of action that takes place in a football game only about amounts to about 15 minutes. People want access to things like stats, replays and other media when live play isn’t taking place.

During that downtime, the 49ers organization wanted to deliver all types of new ways to enjoy the game, turning to technology to deliver it through a connected experience. According to Mr. Guido, “The 49ers wanted to transform the in-stadium fan experience and make it possible to see the action live but still have the similar features that a fan has at home while watching the game on TV.”

So how did the 49ers and their tech partners achieve the goal of enhancing the fan experience by harnessing technology for this purpose?

According to Dan Williams, the VP of technology for Levi’s Stadium, they laid out 400 miles of cabling, 70 miles of which are just dedicated to connecting the 1,200 distributed antenna systems that serve the Wi-Fi routers that are placed to serve every 100 seats throughout the stadium. Levi’s Stadium features a backbone of 40 gigabits per second of available bandwidth, easily scalable to accomodate event attendance, which is 40 times more Internet bandwidth capacity than any known U.S. stadium, and four times greater than the standard for NFL stadiums that’s been mandated by the league to be in place by 2015.

The stadium also has about 1,700 high-tech beacons. Using the latest version of the Bluetooth Low Energy standard, these beacons can be used to give people pinpoint directions to their seats as well as to any other place in the stadium. They can also be used to send them alerts about specials from concession stands and other promotions from time to time.

One of the companies that contributed to the overall strategy and execution of some the stadium’s high-tech features is Sony. Sony’s technology is at the center of the stadium’s control room, which manages all of the video for the over 2,000 Sony TVs that have been placed around the venue, as well as the 70 4K TVs found in most of the suites and the two giant LED displays in each end zone.

When I asked Mike Fasulo, the president and COO of Sony Electronics, about his company’s involvement in the new Levi’s Stadium, he told me, “Our partnership with the San Francisco 49ers and the new Levi’s Stadium goes well beyond technology and products. This is truly a one-of-a-kind fan experience, with the world’s greatest showcase of 4K technology from the best of Sony’s professional and consumer products. For every event, every fan will be immersed in the pinnacle of entertainment and technology to enhance their experience.”

Other major sponsors from the tech world include Intel, SAP, Yahoo and Brocade.

An App to Tie It All Together

The painstaking attention to tech detail that the 49ers and its partners have integrated into Levi’s Stadium is sure to be the envy of NFL stadiums throughout the U.S. For the time being, it’s the gold standard in high-tech stadiums and one that’s sure to be copied by many sports facilities around the world.

However, I suspect that by being in the heart of Silicon Valley, this stadium may keep the lead in high-tech wizardry for some time. Keep in mind that the tech companies partnered with the 49ers on Levi’s Stadium because it also provided them a showcase for their technology. As Sony’s Fasulo stated above, it provided the company with a major showcase for its 4K professional and consumer products. Intel loves the fact that all of the servers that are used to power the networks show off the power of Intel processors, and Brocade’s networking technology is showcased as a world- class solution.

Silicon Valley is also the center of tech innovation. As people in the industry continue to create new technologies that can be used to enhance the sports experience, where do you think they will take it first? Since the 49ers have already shown a commitment to using technology for delivering the ultimate in-stadium fan experience, the organization will most likely be open to all sorts of new technology to help it deliver an even greater experience in the future. Think of this symbiotic relationship between Silicon Valley’s tech companies and the 49ers as home field advantage for both.

It’s probably not a stretch to say that the pioneering efforts of the 49ers to make Levi’s Stadium a truly smart stadium will force other NFL stadiums to follow the team’s lead, striving to make all of their stadiums smarter. It will also serve as a potential blueprint for other sports stadiums around the world. Being in Silicon Valley does have its advantages, though: With the kinds of tech sponsors and partners that are in its back yard, I suspect that Levi’s Stadium will continue to get smarter and smarter. 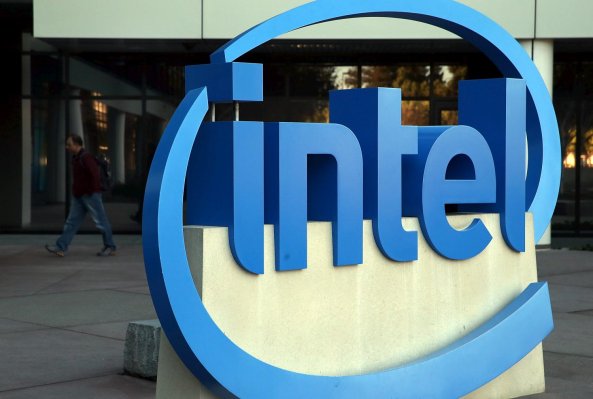 Intel Promises Faster, Lighter and Thinner with Its New Processor Line
Next Up: Editor's Pick