NFL Playoffs Could Be Expanded

Julius Thomas #80 of the Denver Broncos catches a pass against Dont'a Hightower #54 of the New England Patriots during the AFC Championship game at Sports Authority Field at Mile High on January 19, 2014 in Denver, Colorado.
Kevin C. Cox—Getty Images
By David Stout

NFL owners are likely to discuss expanding the league’s playoffs by allowing two extra teams to compete for the Super Bowl when they meet in Orlando next week.

“There will be a report on the potential of expanded playoffs,” NFL spokesman Greg Aiello said Wednesday, the Associated Press reports. “We don’t know if there will be any vote at this meeting.”

By allowing seven teams from each conference into the playoffs, the new system could eliminate the possibility of teams with several losses ascending to the playoffs over franchises with more wins—something that has happened in recent years.

The addition of extra games would also help owners in an ongoing impasse with the players’ union over extending the length of the regular season. The 14-team playoff would also provide additional revenue to the league and to teams. 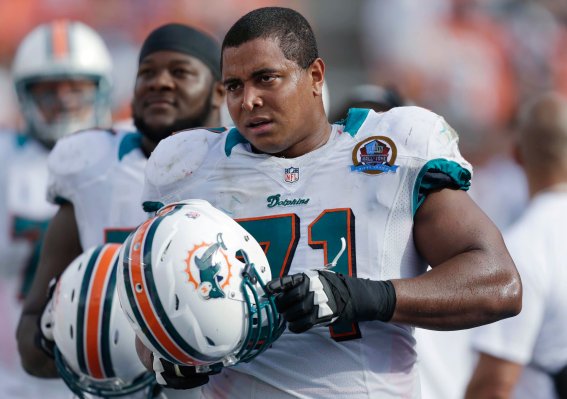 Jonathan Martin Bids Farewell to Miami After Trade
Next Up: Editor's Pick